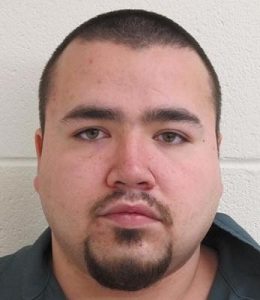 Cold Lake RCMP have arrested Garret Leland Blackman on the Elizabeth Metis Settlement after he failed to return to the Stan Daniels Healing Centre in Edmonton.

Blackman is currently serving a sentence for manslaughter  and has been returned to serve the remainder of his sentence. He now also finds himself facing additional charges of being unlawfully at large and obstruction. Blackman will be appearing by CCTV on September 27th in Edmonton Provincial Court for being unlawfully at large and also by CCTV the next day in Cold Lake Provincial Court for the charge of obstruction.