Warren Dodge has been successfully located safe and unharmed.

The Cold Lake RCMP would like to thank the public for their help in locating Dodge.

The Cold Lake RCMP is looking for 48-year-old Warren James Dodge, who was reported missing on September 20th, 2021.

Dodge was last heard from via text message to his family in July 2021. There is concern for his wellbeing, and officers are trying to find him.

He is described as 5’10,” and 190 pounds with Brown hair and eyes, though he may be shaved bald. He has two distinct tattoos, a large eagle on his left shoulder and a dreamcatcher on his chest.

He is known to travel to Fort MacMurray, Edmonton and Cold Lake. Warren may be driving a red 1996 Chevrolet truck with white green and blue stripes and a canopy. It’s Alberta License Plate number is BHP-3897.

Anyone with information on Warren James Dodge’s whereabouts is asked to contact the RCMP, Crimestoppers or their local police department. 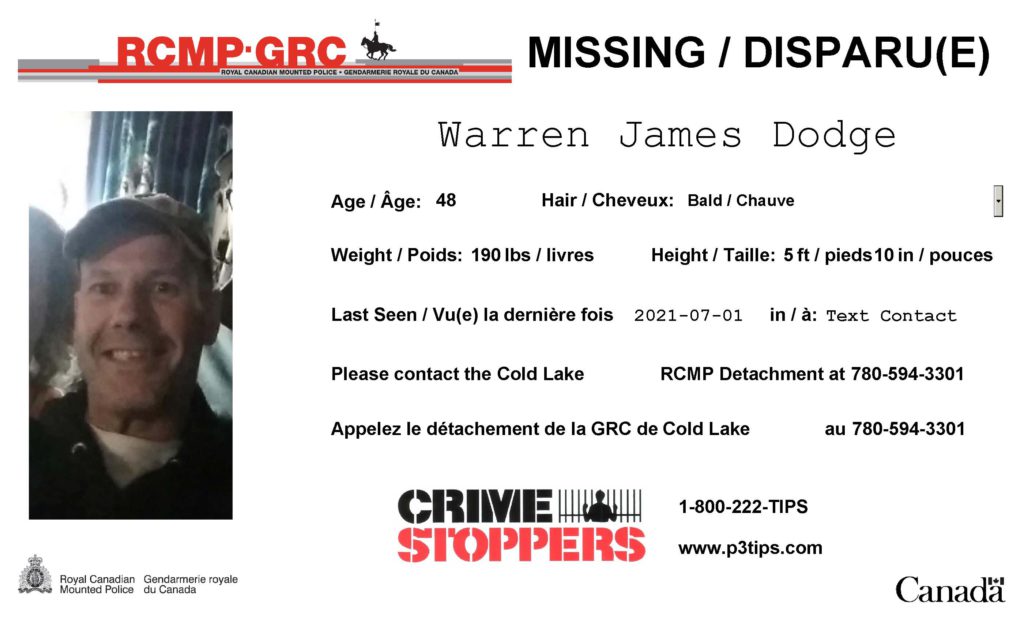