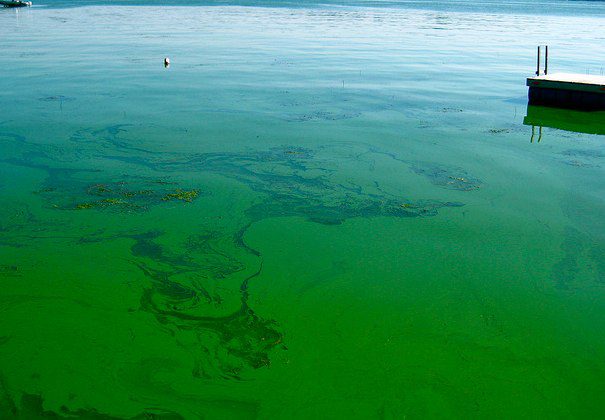 An example of Blue-Green Algae - From sleloinvasives.org

Blue-Green Algae blooms have been found on Moose Lake. Alberta Health Services confirmed Monday afternoon that certain spots on the lake had the algae blooms.

AHS says people who come into contact with the algae can develop symptoms including sore red eyes, swollen lips, fever, nausea and vomiting. Visitors and residents are reminded to never drink or cook with untreated water directly from any recreational body of water, including Moose Lake, at any time. The boiling of this water will not remove the toxins produced by blue-green algae.

Exposure to the bacteria may be fatal to pets. The Bonnyville and District Chamber of Commerce suggested in a Facebook post that a few pets had already succumbed to the algae.

AHS says weather and wind conditions can cause algae blooms to move from one location in the lake to another. As such, thie advisory will remain in effect for Moose Lake, until further notice.