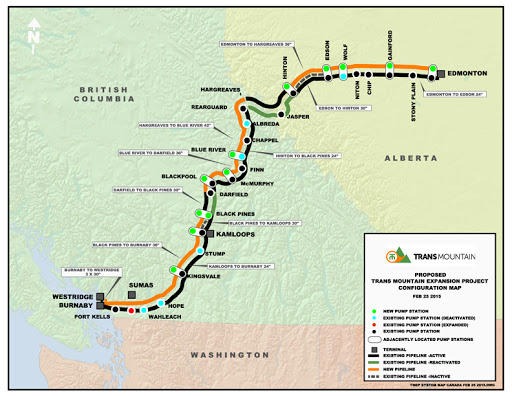 The Supreme Court of Canada has refused to hear an appeal of a Federal Court ruling that allowed the Trans-Mountain Pipeline expansion project in northern B.C. to proceed.

As usual, the high court gave no reasons for Thursday’s decision.

First Nations in the area took the federal government to court over its initial approval, winning their case that there wasn’t proper consultation with aboriginal groups or a proper assessment of the environmental impact.

After a second round of consultations and hearings, the lower court approved the cabinet’s second approval in June of last year.

First Nations had argued that even that decision was flawed and they noted it was the federal government that was allowed to determine whether its consultations were adequate, a judgment that should have been made by an independent third party.