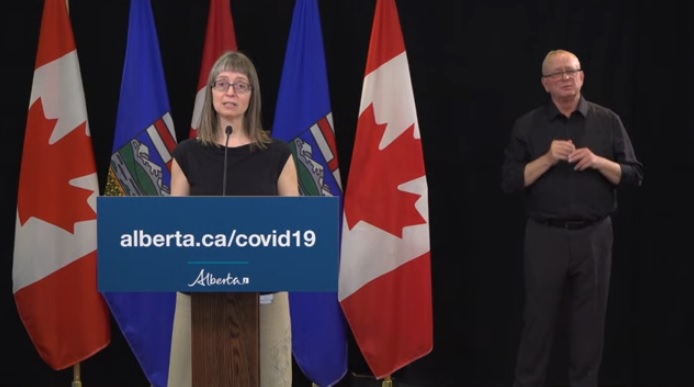 Two more Albertans have died due to COVID-19 in the past 24 hours, bringing the total to 11.

The province also recorded 117 new cases of the novel coronavirus since Tuesday. However, Premier Jason Kenney says that jump is tied to the processing of a large number of backlogged tests – about 4,500 of them – and a record for a single day.

He also says Alberta is within days of taking possession of new rapid testing kits which will expand the capacity by thousands of tests per day.

On a positive note, Kenney says only about 2% of those tested in Alberta have been confirmed as positive for COVID-19.

As of Wednesday, 142 people had recovered from the novel coronavirus.

The Lakeland remained unchanged according to the AHS online map of stats, with Bonnyville at 4 confirmed cases and Cold Lake at 2. St. Paul still has 0. There are currently 51 cases of the virus confirmed in the entire North Zone.