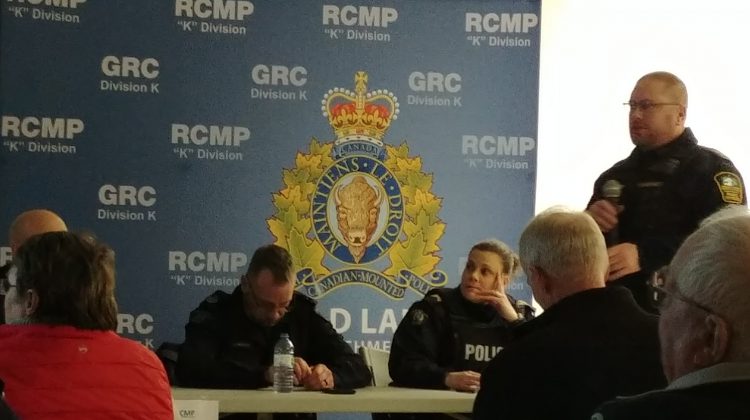 Many residents stopped by in Ardmore to hear from police and politicians when it comes to rural crime. The Ardmore Hall played host to a town hall meeting Wednesday evening.

“We agree with her completely that it is time to get tough on these criminals. That has to come from the federal government. We’ll continue to push for that.”

Information provided from the Cold Lake RCMP says general calls for service increased by about 1000 from 2018 to 2019. Meanwhile, St. Paul-based Crown Prosecutor Jordan Kerr says his office is dealing with a higher-than-average amount of cases.

“Our office is consistently the busiest office in the province. To give you a sense of that, we have anywhere from 13,000 to 14,000 charges coming in a year, which is divided over 6 prosecutors and makes around 2000. If you’re a prosecutor in Calgary, you may have a caseload of around 700 charges a year.”

The meeting comes on the heels of a coalition of businesses in Cold Lake asking for help fighting crime in city hall. Hanson says his government is doing its best to see a change that could help rural residents.

“Myself and a lot of my fellow MLAs in government are very concerned about what’s happening and we’ll try to do our best, working within the law and within our jurisdictions, to try and get things done.”

COVID-19 infections expected to peak in May: Premier Kenney