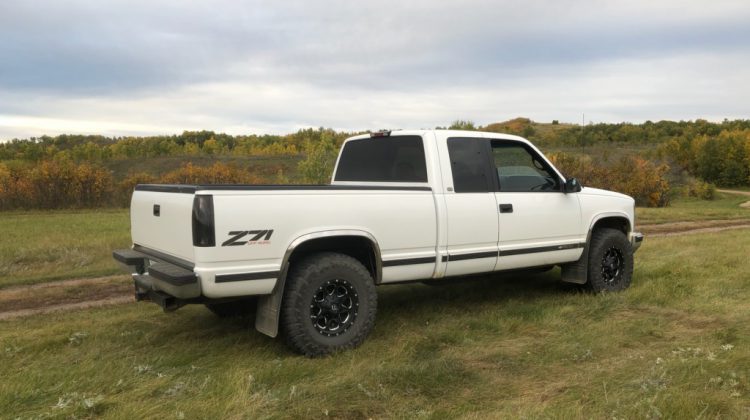 UPDATE: Mounties in Bonnyville are now saying the truck in question was found abandoned Wednesday afternoon near Kehewin. It’s thought to have been used during an armed robbery in town.

The blue Dodge Caravan in question is still missing.

Mounties are asking anyone with information on the five suspects pictured in the security cam footage to call the Bonnyville detachment or Crime Stoppers.

Mounties in Bonnyville are asking the public to keep an eye out for a stolen truck. Police say earlier Wednesday morning they were called out to reports the truck was stolen in a “firearm-related incident”.

The stolen truck is described as a 1997 White Chevrolet 1500 Z71 with Saskatchewan Licence Plate 877 KMX. Mounties are also looking for a stolen dark blue Dodge Caravan with Alberta Licence plate BZJ 8669. They think the two might be related.

The RCMP says not to approach the vehicles and to call 911 immediately.