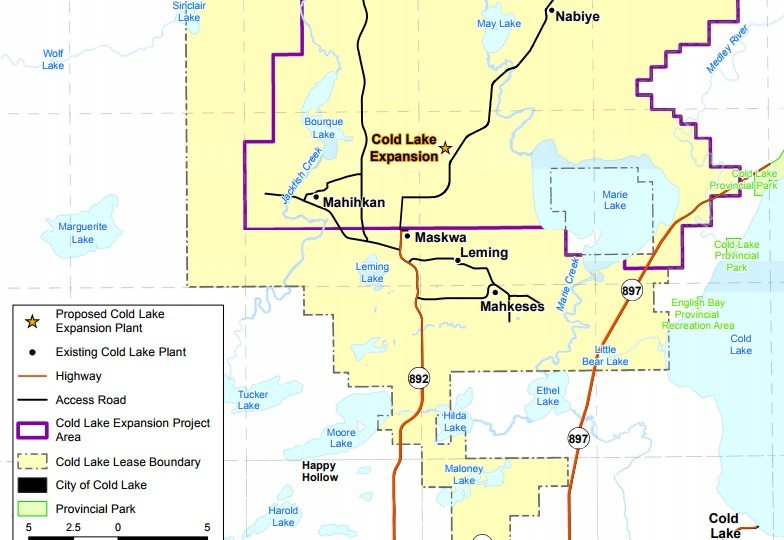 Cold Lake City Council wants to know why it seems there isn’t much progress on Imperial’s Cold Lake expansion project. The company filed a request for the $2 billion project with the Alberta Energy Regulator in March 2016, following the environmental impact assessment in 2015.

“We have heard that there has been no movement on Imperial’s Cold Lake expansion project in the last year and a half,” says Mayor Craig Copeland. “This project is vital to our region, which has been hard hit by the lingering economic downturn. We are asking for the status of the project and what our government can do to help this file along.”

Before final approval can be given, Statements of Concern submitted to the AER have to be dealt with. However, Copeland says none have been handled since early 2016 other than ones that have since been withdrawn.

Imperial plans to tap into the Grand Rapids formation, and expects to be able to produce roughly 50,000 more barrels of bitumen a day. It’s estimated 500 jobs would be created during construction, with around 100 kept for operation.

“This expansion project would be a massive boost to our economy in northeastern Alberta,” says Copeland. “All eyes here are on this project, yet it has escaped every announcement made about the economy, jobs and industry. We need to hear something about this project because, in our area, a lot of hopes are resting on finally hearing some good news.”

Cold Lake has asked the Government of Alberta for clarity, noting there’s fear in the community that if the project is stalled, the investment could leave the community at the very least.