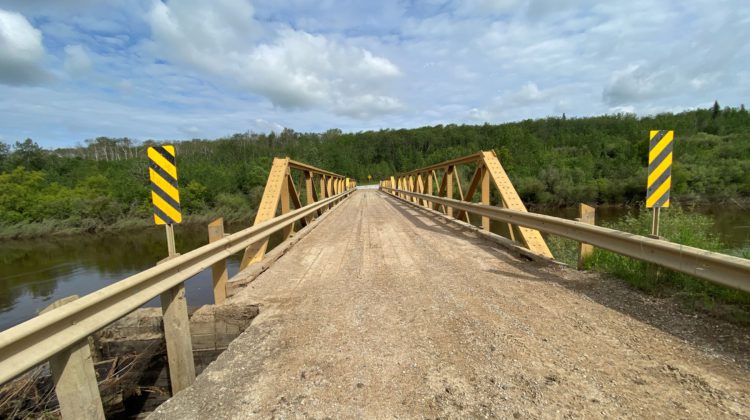 Lessard Bridge remains closed to traffic Monday morning, says the MD of Bonnyville. The bridge on Range Road 452 had been closed since the middle of June after heavy rainfall in the region raised water levels significantly on the Beaver River.

“Infrastructure Services staff are working with a bridge engineer to determine how much damage has been caused to the structure and what repairs will need to be done.” says the MD.

A number of roads around the MD were also closed due to flooding around the same time as the bridge. On Friday the MD announced that those roads were now open once again for traffic.

Lessard Bridge had faced a previous closure back in 2018 after ice on the river damaged some of the pilings it sat on.