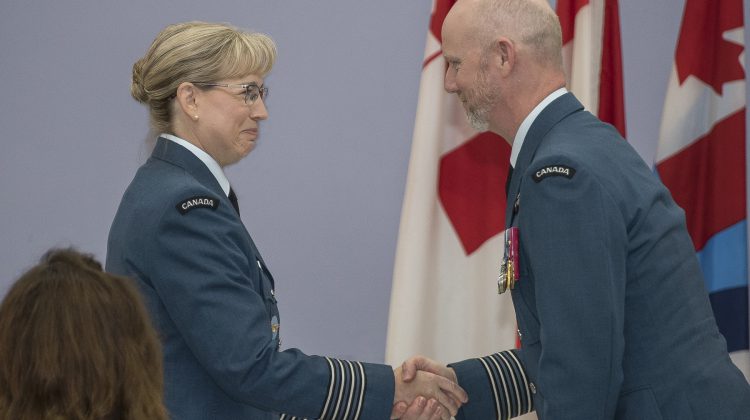 4 Wing Commander, Colonel Paul Doyle (Right) will be leaving the Lakeland as he moves on to a new position based out of England Photo: Cpl MacLean, 4 Wing Imaging CK11-2018-1075-004

A change of command is coming to 4 Wing in Cold Lake. The Royal Canadian Air Force has announced that Wing Commander Colonel Paul Doyle will be leaving the Lakeland as he moves on to a new position based out of England. Command of 4 Wing will be taken over by Colonel Dave Moar.

Doyle has served as Wing Commander for the past three years and had been posted to the base several times during his RCAF career. He’s set to leave for the UK on July 11th.

A change-of-command parade is scheduled to take place on Wednesday at CFB Cold Lake. The ceremony will be presided over by Deputy Commander of 1 Canadian Air Division Brigadier-General Sean Boyle.