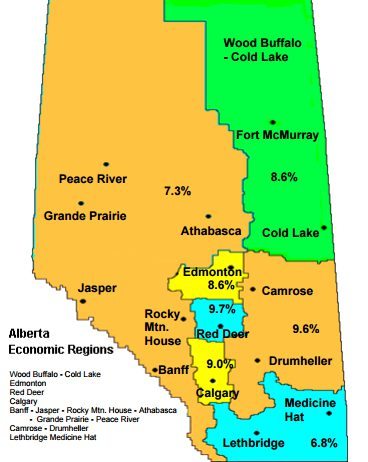 The Wood Buffalo-Cold Lake region followed the trend with the rest of Alberta in April, seeing a dramatic drop in the unemployment rate, though the total number of jobs in the province stayed about the same.

The region saw half percent drop month over month, to 8.6 from 9.1. that’s a full percent and a half down from ten percent at the same time last year.

However, the province didn’t have an increase in jobs in April, more or less breaking even at 2.89 million. Losses in the service sector were balanced out with gains in the Goods Producing (Agriculture, construction, oil and gas, mining, utilities, manufacturing) sector. The number of people considered unemployed and looking for work decreased to 196,000 from 209,000 in March.