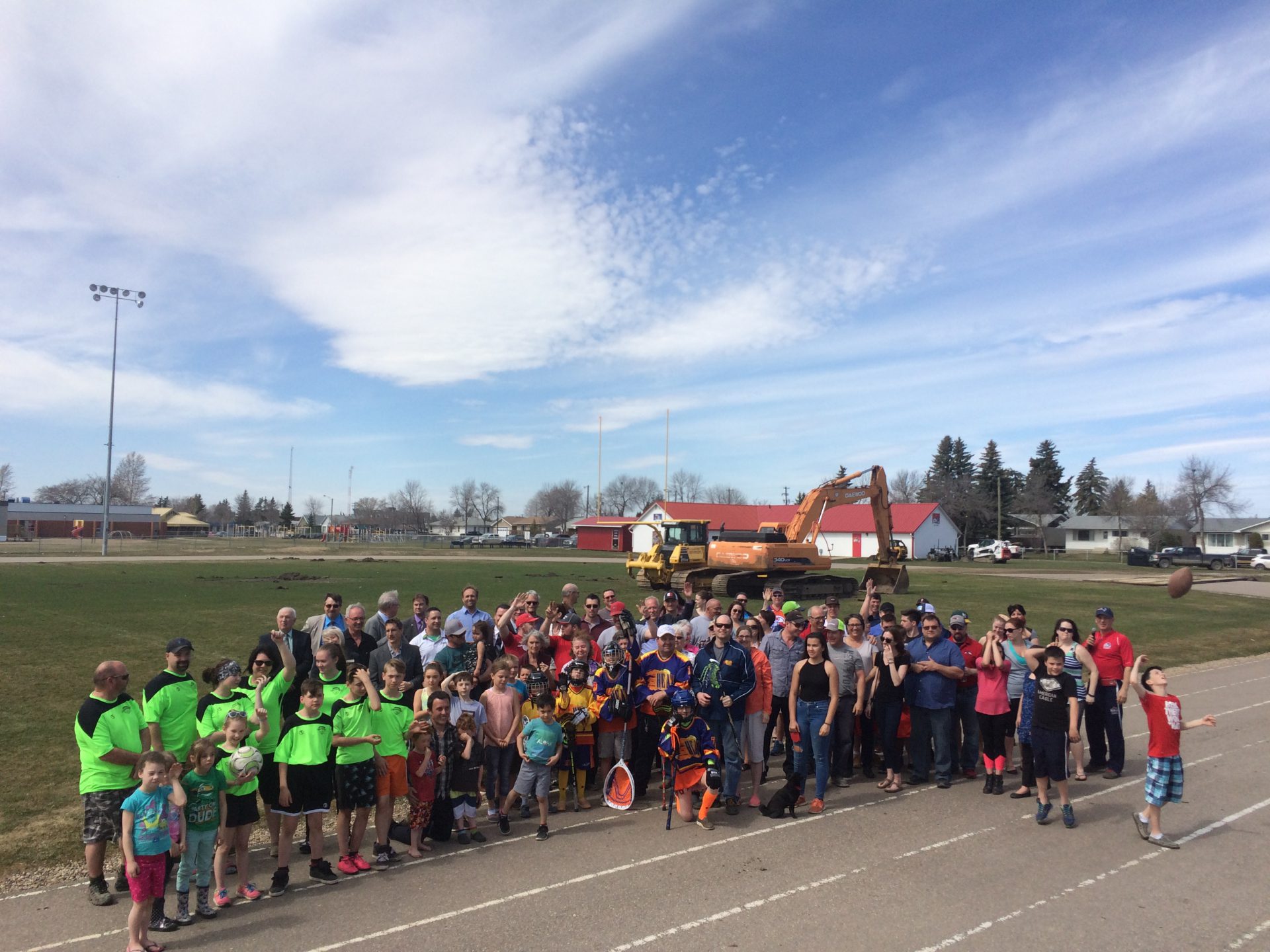 It’s officially happening. A groundbreaking ceremony was held at Walsh Field today, marking the start of a project that will see it decked out with new turf, a new running track, stands and more.

The legwork to get the project in motion has been going on for a year and a half now. The MD of Bonnyville is providing 240,000 dollars in funding, but more than two million dollars was donated anonymously by a private citizen. That donor was revealed to be Ray Scott of Fort Kent, who provided a few brief remarks at the ceremony.

“I’m glad I can help and make this dream a reality; maybe make this town big all around Canada I guess,” he said before heading back to the stands. Described as a man of few words by Bonnyville Bandits coach Micky Fangan -who acted as MC for the event – Scott’s speech lasted 35 seconds, the first half of which was drowned out by a low flying drone overhead and technical issues with the microphone.

The hope is that players will be on the new field sometime in early to mid-August.