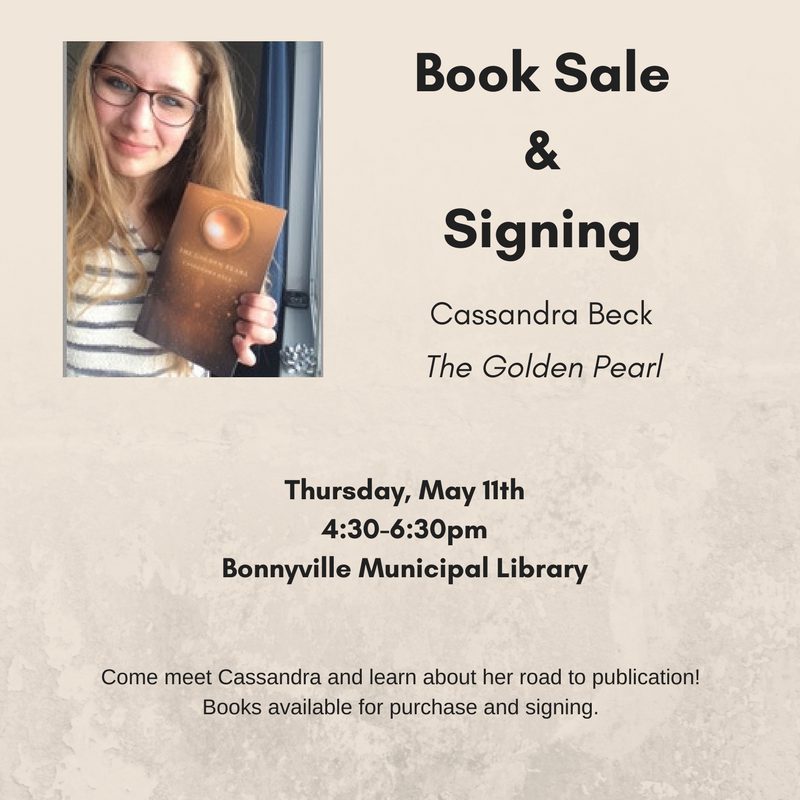 Bonnyville’s newest published author will be holding a book signing at the local library next Thursday.

Cassandra Beck will be selling copies of The Golden Pearl and signing them from 4:30 to 6:30 that day. The book follows the adventure of Princess Arianna Garcia, who has been banished to earth from the the planet of Margaritan after being declared a sorceress. She has also been bestowed with a golden pearl that holds the galaxy’s life force, which she must protect from others who want it for themselves.

If you find yourself a fan of it, you’ll be happy to know that it’s supposed to be a trilogy and Beck is already working on the second installment.

All the more impressive is that Beck is just barely out of high school. She was sixteen when she started working on the first book.