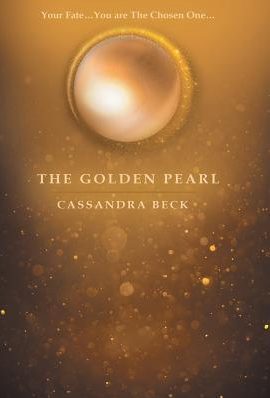 Bonnyville has a new rising star in Cassandra Beck, who has recently graduated high school and become a published author.

Beck’s debut novel, “The Golden Pearl”, follows the adventure of Princess Arianna Garcia, who has been banished to earth from the the planet of Margaritan after being declared a sorceress. She has also been bestowed with a golden pearl that holds the galaxy’s life force, which she must protect from others who want it for themselves.

Beck says her inspiration to write a book was a simple one. “I woke up one morning and I said ‘I’m going to write a book and it’s going to be called ‘The Golden Pearl.’ The story came after!”

That idea came to her when she was sixteen and it took two years to complete. “Through high school I worked, had a job, sports and all that. I started getting it published in August and I got the final draft just two months ago.”

With such a busy day schedule, Beck ended up doing most of her writing in the middle of the night, often staying up for several hours after midnight to work on it.

The book isn’t available in  physical stores yet, but you can download it as an e-book on the various services for that or order a physical copy from Amazon.

If you find yourself enjoying the novel, you’ll be happy to know that Beck is already working on the sequel and plans to turn the series into a trilogy.