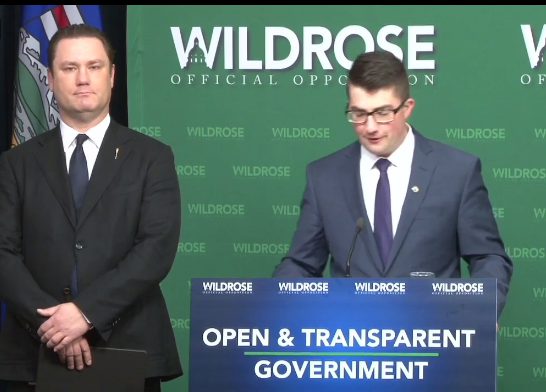 Local MLA Scott Cyr has co-released a report looking into improving the Freedom of Information and Protection of Privacy (FOIP) process in Alberta.

Key recommendations from the report include:

“While in opposition, NDP MLAs decried the same principles that they now sign off on in government,” Cooper said. “Greater information sharing is in the best interests of all Albertans, and our FOIP system could drastically be improved by following these recommendations.”
Alberta’s information and privacy commissioner has criticized the NDP on this issue in the past.  Jill Clayton had some scathing words for the sitting government in the preface to a report on the subject in February.

“Among the most concerning of the findings from this investigation are the comments relayed to the investigator about the lack of respect for access to information across the Government of Alberta.

“Holding the government to account is made more difficult by a FOIP process that rewards bureaucrats for obscuring information,” said Cyr. “It must be a wakeup call to the NDP government when government managers are more focused on “publicly sham[ing] the Wildrose” than doing their job. This attitude is unacceptable in a supposedly non-partisan public service.”