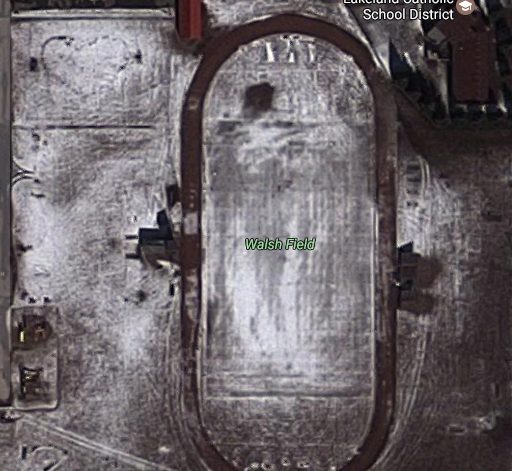 Micky Fangan of the Bonnyville Amateur Football Association approached town council on Tuesday night with an update on plans for a new Walsh Field. Only a few more ducks need to be put in a row, but the timeline to have it done for August 1st is very, very tight.

The plans will see Walsh Field decked out in brand new artificial turf, a proper running track, a new scoreboard, several new outbuildings and stands for about 1,500 people. Fangan said once it’s ready, the town will be able to host proper track meets, soccer tournaments and more.

“At this time we are not able to hold any kind of high level track meet, soccer match, football match. We do not have the facilities,” Fangan told council.

“Conservatively, with only four major matches coming to Bonnyville means twenty to twenty five thousand people rolling through Bonnyville in the spring, summer and fall months. We have conservatively projected a two point five to three million dollar revenue stream during those months. We’re not talking just a week of hockey, we’re talking a flurry of high level matches from these four sports disciplines (track, lacrosse, football and soccer.)”

Fangan wasn’t even asking the town for any money. That’s been taken care of with a 2.5 million dollar donation from a private backer.

Fangan says everything has been worked out with Notre Dame next to the field and arrangements with the contractors and field turf company have been made. Fangan wants to have the ribbon cutting on August 1st, but in order for that to happen work absolutely must begin by mid April. There’s a two week window between the 15th and 22nd when something needs to start.

There remains one obstacle in the way.

Due to some remaining uncertainties around how drainage would work, Fangan hasn’t applied for a development permit with the town yet. Council urged him to submit one immediately even with some holes in the information so the administrative process could at least start.