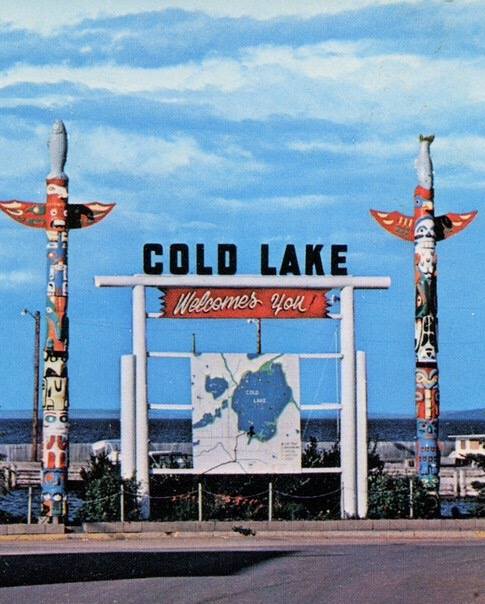 Susan Dahlseide has started up a Facebook page that brings Cold Lake’s history onto the internet.

Although she’s lived in Red Deer for the past five years, Dahlseide was born and raised in the area. She’s collected pictures of the city’s early days up to more recent years and posted them to “1967 The Town of Cold Lake Originals“.  So far she’s posted nearly five hundred of them from about fifty or so people.

She got the idea to start the page from the federal government’s plans for Canada’s 150th anniversary and noticing not a  huge amount going on for the occasion in Cold Lake.

“Having been born and raised in Cold Lake and having a real sort of fondness for the people I grew up with and the community itself, I wanted to give something that was special and recognized the actual pioneers of Cold Lake and their families. In the past there’s been kind of a tendency when you say you’re from Cold Lake, people assume it’s all oil. That was my motivation and I  just can’t believe how much it’s snowballed from there. Everybody’s loving the pictures, loving the memories and it’s just great.”

At the time of this article, the page had gotten 708 likes. Dahlseide says she’s expecting more pictures to come as well. A few snowbirds have reached out to her and said they’ll go through their old photos as well once they’re back in town.

“I have a huge fondness for all the families I grew up with in Cold Lake and I’m finding out just how deeply that fondness is mutual is from everybody that lived there. I’m just so excited to be able to have done this. It’s nice to have done something for the folks that were there before (Cold Lake became a city.)

Dahlseide has gotten very well versed in the local history.

“There was plenty of First Nations people there in the beginning. The hunters, the trappers, the farmers, the fishermen, the loggers. All those people really were the ones that established the community. The first non-aboriginal person I believe was a bachelor named Mr. Susi. I don’t recall what his first name was. I did a lot of sitting with my mother and getting things down in a historical context. One of the first white families there was Bibeau family followed by the Lefebvre family. I think the father was the Indian Agent out there or with Hudson’s Bay – something like that.”

“The Town of Cold lake – before it became a city – was a very interconnected community with people that really cared about one another.  I think that’s the thing I really want to get across. We have some intergenerational family ties that are really meaningful and people are very, very excited about this little project that I started. I’m just glad it was my idea!”

Dahlseide plans to make a trip up to Cold Lake sometime this summer.