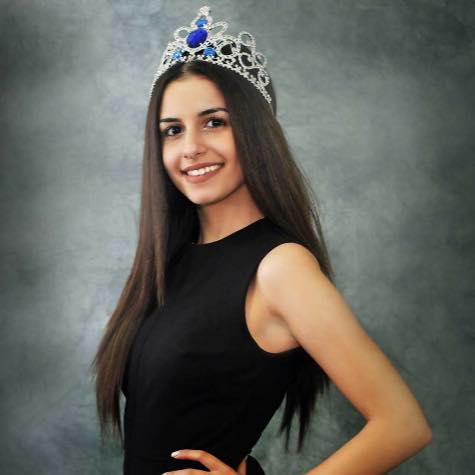 Bonnyville’s own Riwa Kamaleddine is on on her way to Toronto this summer to compete for the national title after being named Miss East-Central Alberta.

It’s been a whirlwind ride for Kamaleddine so far. “About three weeks ago I see this thing saying ‘apply now’ on Facebook,” she says. “So I applied and I didn’t really think much of it. Then I got a phone call asking if I could do an interview with the organization leaders. We did an interview five days before the actual pageant so it was very stressful, but very exciting.

“So we did the interview and then I got an email two days later saying I got accepted and that I would be able to compete in the pageant in Calgary. That was at the beginning of March, a couple weekends ago.”

After some training and preparation on what the judges were looking forward, Kamaleddine was crowned Miss East-Central Alberta. That means she advances on the Miss World Canada pageant in July.

The pageant also has a section called “Beauty with a purpose” where contestants highlight something they’re passionate about and want to bring awareness to.

“I picked eating disorders,” says Kamaleddine. “I chose this because growing up I was really affected by having the perfect body – or what I thought was the perfect body. Eating disorders really affected me and I want to be able to talk about that and be able to go to schools, help young students gain confidence with their body and really build that positivity. If there’s kids struggling with that I really want to be able to help them get the support they need and show them that there’s no limit to beauty.”

Kamaleddine has school until late April, but is hoping to get in contact with some organizations to do just that afterwards. She’ll depart for Toronto on July 16th. The show is on the 22nd.