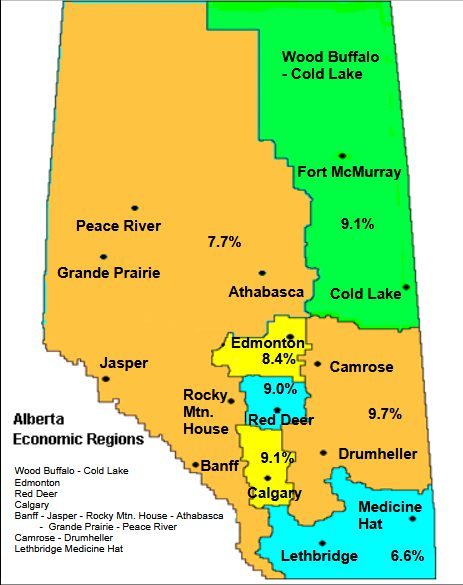 The Alberta government is covering the unemployment numbers for the region the Lakeland falls in for the first time since the Fort McMurray wildfires.

The Wood Buffalo – Cold Lake region sat at a 9.1% unemployment rate for the month of February, which isn’t too far out of line with the rest of the province. The region is one of only two in the province to have a lower unemployment rate from the same time last year. The figure marks a 0.2 percent drop from February of 2016.

Wood Buffalo – Cold Lake’s number is topped by the Camrose – Drumheller area at 9.7 percent and is the same as Calgary’s. Alberta’s south is is doing fairly well with 6.6 percent unemployment.

Overall, it was a very good month for the province, with the unemployment rate dropping half a percent and 19,000 jobs added to the economy. Those gains were offset by 18,000 lost part time jobs. There’s still a long way to go though. Alberta continues to have the third highest unemployment rate in Canada, behind Newfoundland (14.2 percent) and New Brunswick (8.9 percent).