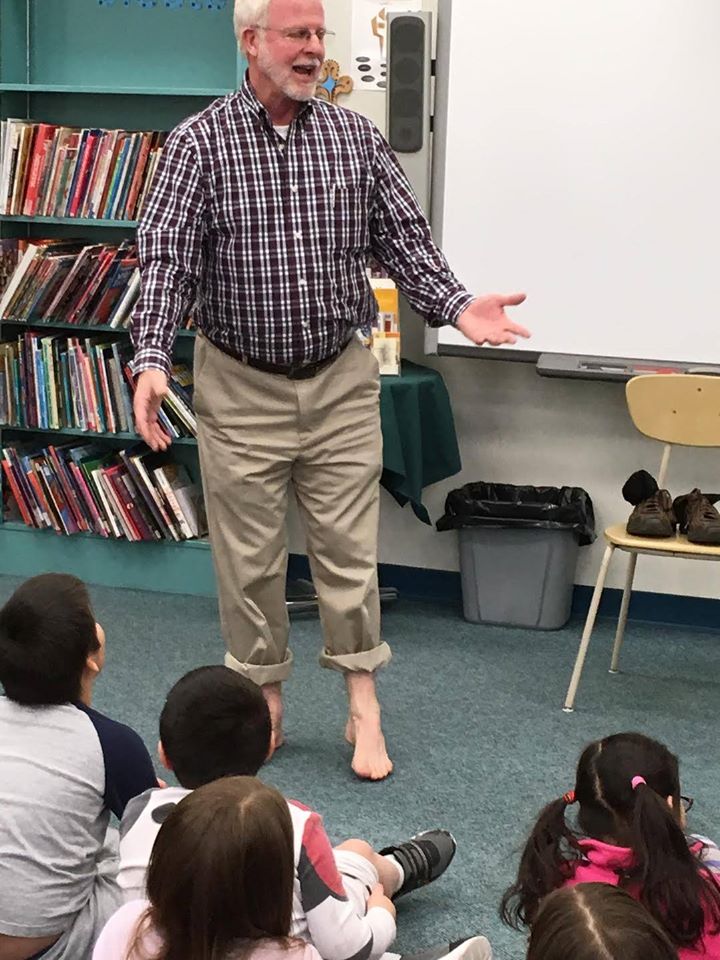 Children’s author Ben Mikaelsen was back in the Lakeland again, talking to classes around the Catholic School District over the past few days.

Mikaelsen did a tour of schools in the area around this time last year as well and it appears he was such a hit that he was invited back for another round this year. Mikaelsen’s presentations talk about his own life story, how to treat people with respect and encouraging kids to follow their dreams. A lot of his stories involve Buffy, a 750 pound Black Bear he adopted and raised for 27 years until she passed away in 2012. He was certainly kept busy in the Lakeland, providing six sessions in three days.

As an author, Mikaelsen has won the International Reading Association Award and the Western Writer’s Golden Spur Award. His most famous book is 2001’s Touching Spirit Bear.