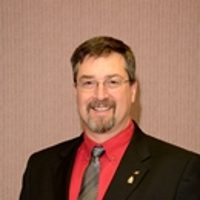 Bonnyville Mayor Gene Sobolewski and MD Councillor Mike Krywiak were present for meeting with the Alberta Electoral Boundaries Commission on Monday, trying to avoid what he views as a decrease in representation for the rural regions of the province.

The MD had not initially been invited to the meeting but Sobolewski made sure to bring Krywiak to ensure they were represented.

“I really get the impression -although they stressed very adamantly that no decisions had been made- that every photograph and every piece of information they put up there referenced population and stressed that the population of this vast area of Bonnyville, Cold Lake, Two Hills, Lac La Biche, has gone down relative to the rest of Alberta,” Sobolewski told council at Tuesday’s meeting.

“So my presentation focused on the opposite. I said ‘You know what? There’s a lot of examples all over Canada where you have these concentrated constituencies – say for example Edmonton and Calgary, Calgary has 25 [ridings] and Edmonton has 19- and if you want this fairness in population, what you do is create an imbalance and focus your MLAs on the cities.”

Sobolewski used Victoria and the Greater Vancouver area in BC as an example, where he says the rest of province has higher standards for sewage treatment while the cities basically get a free pass.

“I also went a little closer to home in terms of some of the massive freeway systems and approaches on the Anthony Henday versus the trouble here trying to get a set of lights installed at an intersection.”

Sobolewski also added that infrastructure projects cost the same in the country as they do in the city, but rural areas get less provincial funding based on population.

Another open house on the issue is scheduled some time in August.