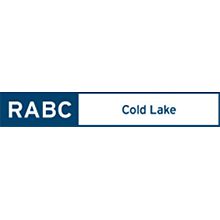 “We have what are called one on one consultations” Hotte explains. “So those are clients that are starting a business or maybe they have a business and they’re struggling. In 2015 we had 66 of those and in 2017 we had over 110. So we almost doubled really in 2016 over 2015.”

“We’ve had ten workshops. We’ve started WOW (Wisdom and Opportunities for Women) events. We had five of those and they were a great success. In fact, so much so that I was just in St. Paul yesterday and we’re looking into expanding the WOW networking events there. So they’re going to be taking it on and they’re going to be having their first WOW in April. We’re really excited about that. It’s reaching out into the whole Lakeland area.”

“Biz Kids went fantastic last year. In 2015 we had nine kids, seven business then in 2016 we had eighteen kids, thirteen businesses. I just love that program. We partner with Community Futures Lakeland on that and it’s great to partner with them.”