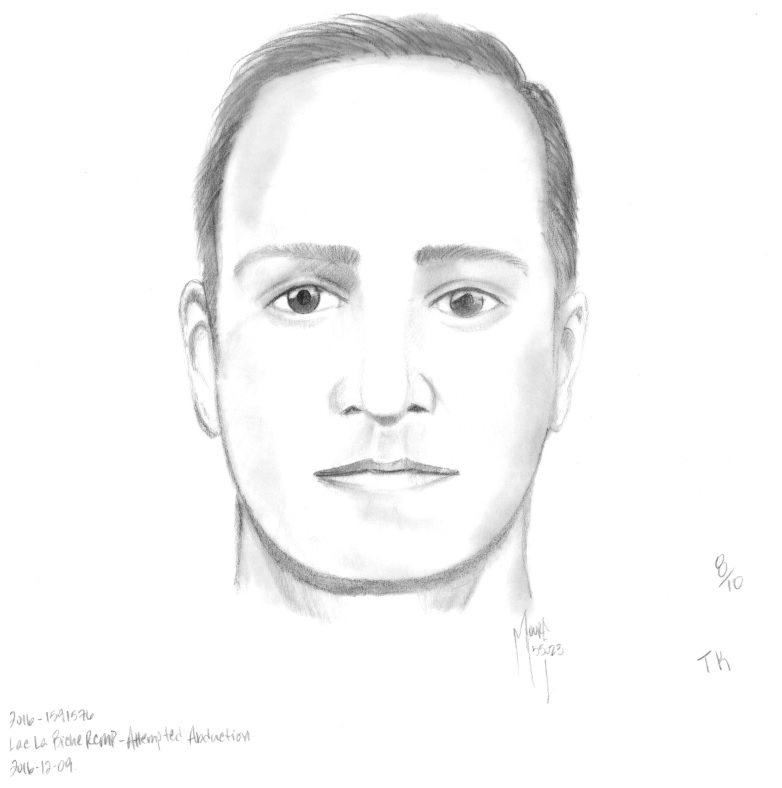 Lac La Biche RCMP have released a sketch of a man they say tried to abduct a young girl earlier this month. The suspicious man reportedly asked the girl to get into his vehicle while she was walking to a grocery store near Lakeview Crescent on December 1st. She said no and the man fled.

The suspect is described as Aboriginal or Asian with tanned skin. He looked to be between 30 and 40 years old with a very skinny build. He had thin, short black hair, dark eyes with bags underneath and was wearing a black shell jacket.

His vehicle was a four door, older model silver car that could possibly be a Honda or Toyota. It had a loud engine, tinted black windows, and fuzzy grey seats.

Anyone who recognizes the man or the description of his car is asked to contact RCMP or Crime Stoppers.