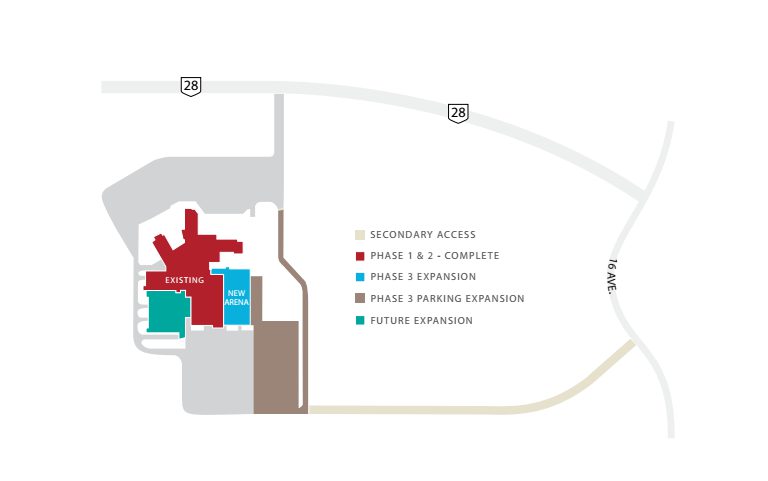 The City of Cold Lake has started work to build a second road in and out of the energy centre.

It’s no secret that traffic can get rather… interesting at the centre during peak events such as concerts. Having the new gravel road connecting with 16th avenue should help prevent some bottlenecking issues.

“This project has been on council’s radar for some time – the trick has been to fit it into the budget at a time that made sense,” Mayor Craig Copeland said. “With all of the other work scheduled to be done at the Energy Centre and Imperial Park, we did not want to build a road we would have to end up moving.”

Other work at the Energy Centre includes the upcoming Phase 3 Expansion, which will see a second arena along with a 360-degree climbing wall, a lounge and a mini stick rink added. The expansion also includes more storage space, office space and meeting rooms.

Also expected to start in the spring of 2017 is construction on an outdoor, multi-use artificial turf field with a grandstand.

“Imperial Park and the Energy Centre form the recreational hub for the whole community,” Copeland said. “As council’s vision for this area takes shape, we see that this will be a first-class recreational venue with something for everyone. From the Mach 1 Skate Park to the state-of-the-art Cenovus Wellness Centre and Imperial Place Arena, recreational opportunities in our city are abundant, and will continue to grow.”