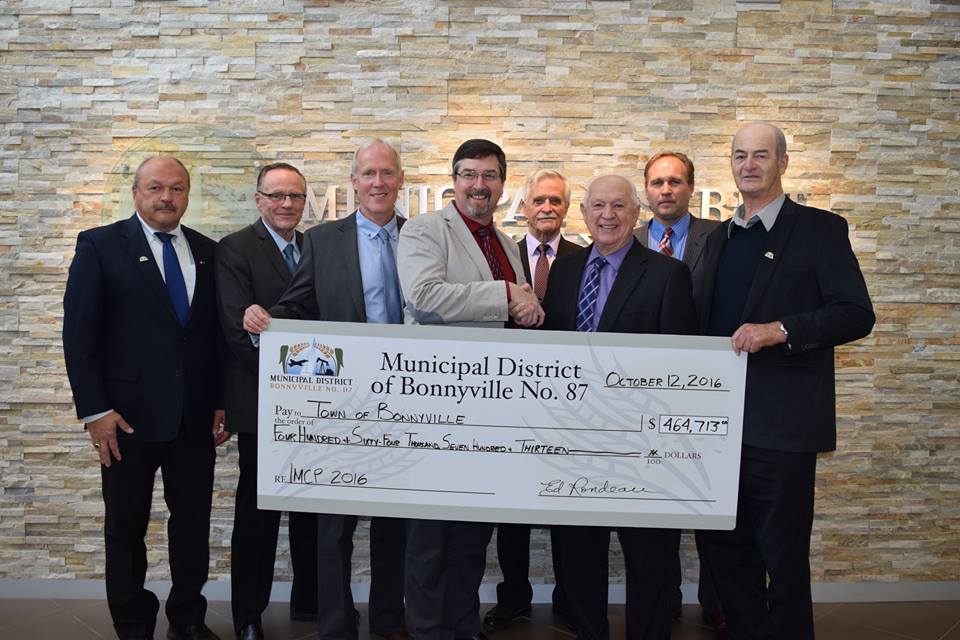 The MD of Bonnyville has handed out the second of two sets of cheques this year to their neighbours as part of their Inter-Municipal Cooperation Program (IMCP).

The IMCP is designed to promote stability in neighbouring communities and support services that MD residents use in them.  The first payments were presented in February 2016, while the second installment was made in October. The City of Cold Lake received a payment of 322,900 dollars, the Town of Bonnyville received 464,713, and the village of Glendon got  77,004. Mayors Gene Sobelewski, Craig Copeland  and Laura Lee Papirny received the cheques for their respective jurisdictions.

The first payments were presented in February 2016, while the second installment was made this month.