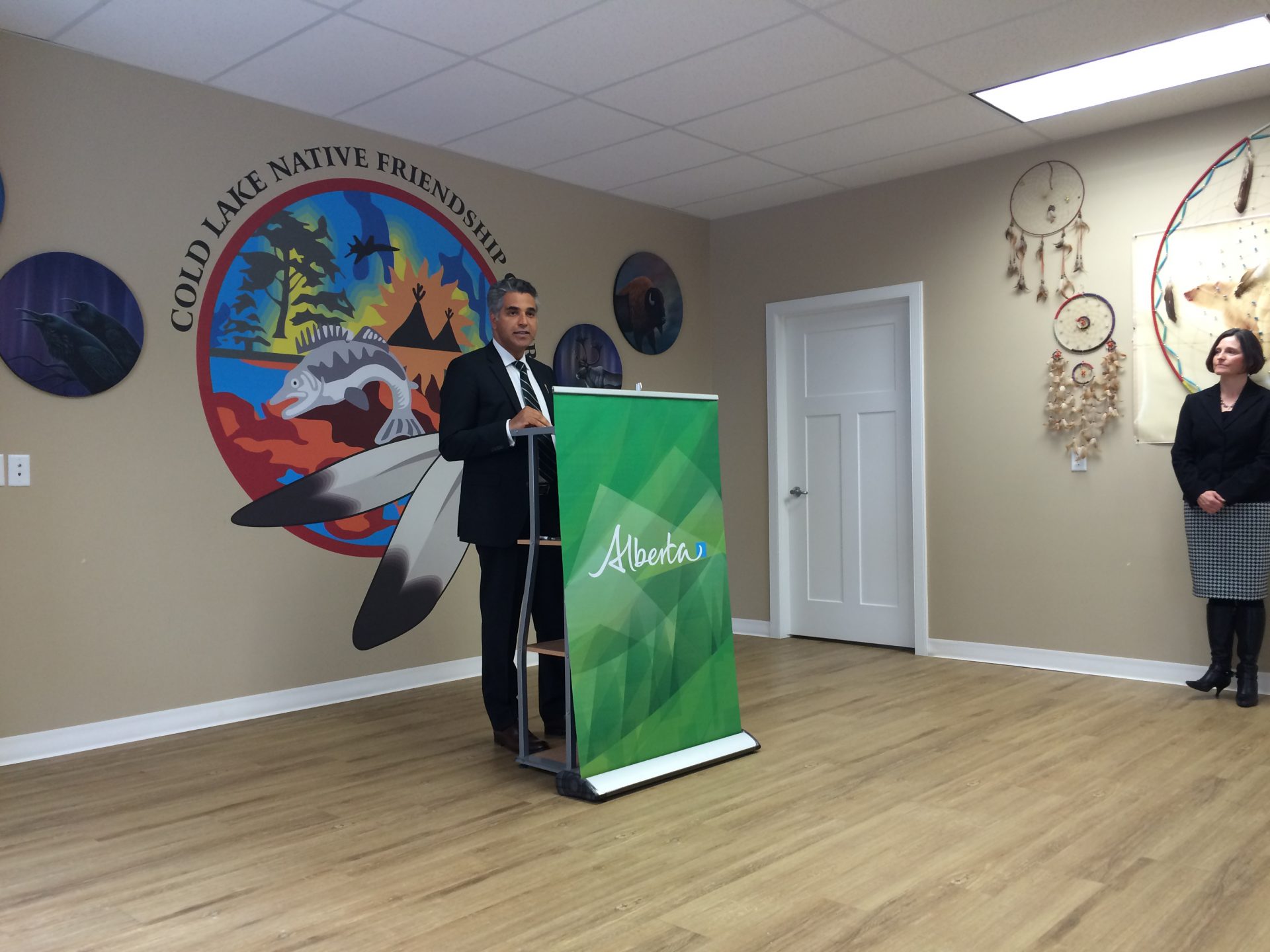 The Cold Lake Native Friendship Centre has been designated as one of three organizations in rural Alberta that will receive 70,000 dollars in funding from the provincial government in an effort to combat homelessness arising from the Fort McMurray wildfire.

Several speakers, including Minister of Human Services Irfan Sabir, Mayor Craig Copeland, Friendship Centre Executive Director Agnes Gendron and Portage College CEO  and Alberta Rural Development Network Chair Dr. Trent Keough were at the Friendship Centre today to make the announcement. Projects in Anzac and Fort Chipewyan will receive funding as well.
“Everyone deserves a safe, secure, and affordable place to call home,” says Sabir. “Our government is proud to work with our community partners to address the unique challenges of rural homelessness and ensure that Albertans affected by the wildfire have the supports they need to rebuild their lives.”

Keough’s remarks recalled some of the more downtrodden evacuees from the wildfire. “What became apparent was that there were people moved from the threat… who lacked mobility, who lacked the capacity to pick up and move somewhere else. The most vulnerable. Often times -not always- they were First Nations or Metis peoples… After the smoke had literally cleared and there was opportunity for people to move on, they couldn’t. They had no means. They actually had nothing when they were living near the wildfires and then had even less.”

Agnes Gendron was thankful for the extra funding. “We realized how vulnerable people were after the wildfire. We had several people come through her for clothing, for shelter. Thank god we had [Kokum’s House] for the men, because a lot of men went through that way during that time. Our hands were tied. We didn’t have any money but we helped them the best way we knew how and they were very grateful for the little bit of help we gave these people. This little bit of money is going to go a long ways I tell you. It is going to be very helpful to us.”
The funding is in addition to the $30.3 million contributed by the province to support wildfire recovery efforts and the almost $100 million distributed for wildfire emergency relief funding.