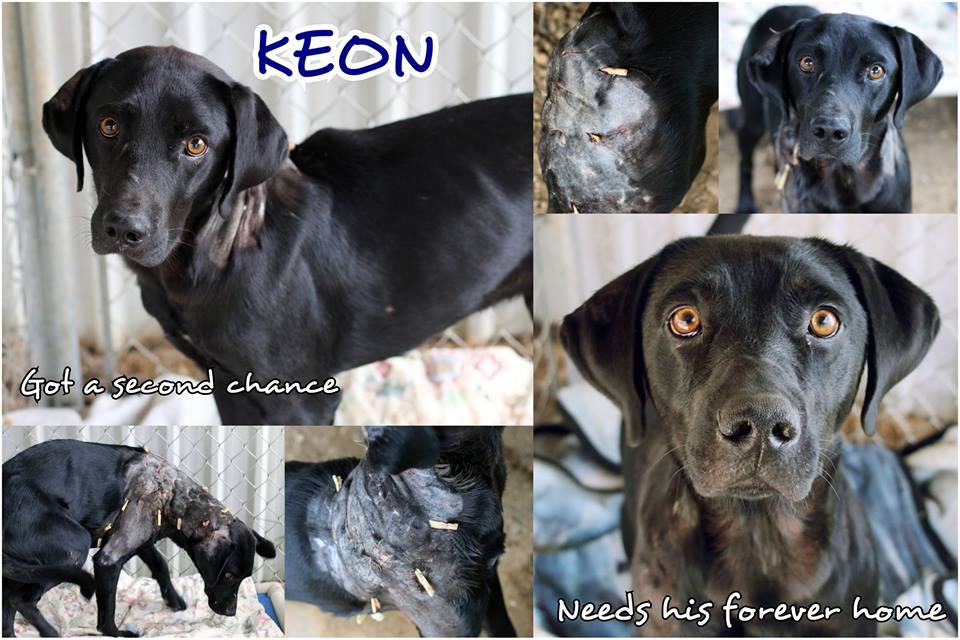 After being found on the side of the road with life-threatening injuries, a dog named Keon has recovered after extensive medical care and is ready to be adopted at the Lakeland Humane Society.

Animal Care Attendant Nicole Mbanefo describes his injuries when he came in on August 22nd. “His chest and neck area had been torn and he had quite a large abscess under his shoulder closer to his belly. It was fairly large, quite a bit of infection.” Vets suspect he had been attacked either by coyotes or a group of other dogs.

Keon received a large number of stitches and had five drains put in to combat his infection. Amazingly enough, just over a month later, he’s looking good as new. “Now his hair has started to grow back in. You can barely even tell he went through that trauma.”

Despite the back story, it appears Keon isn’t holding any grudges. Staff and volunteers describe him as very friendly with people and with other dogs. By all accounts he’s very well behaved on walks too. Mbanefo suspects he might have some hound or hunting dog in him though, as he likes to bay a lot, especially at cats and small animals.

Though he has gotten a few looks from adopters so far, Keon is still available at the centre. He’s still pretty young too. Staff estimate by looking at his teeth that he’s about a year and two months old.