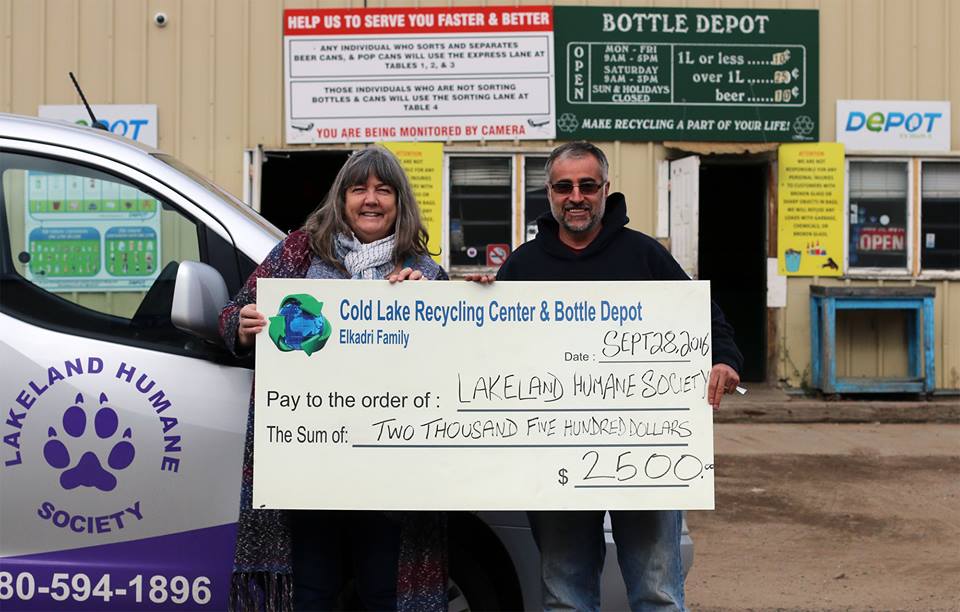 The Lakeland Humane Society is having a very good week after receiving 2,500 dollars in donations from the Cold Lake Bottle Depot.
Most of the money was collected by people who drop their bottles and cans into the LHS container, but Hussein Elkadri added $500 of his own money because he adopted his cat Cece from the shelter. He wanted to thank the society because according to Cathy Olliffe-Webster, resource development coordinator at LHS, “He loves the cat so much.”“We’re so grateful to everyone at Cold Lake Bottle Depot,” she adds, “and to all our supporters who so generously donate their recyclables to us.”
One of the main expenses the money raised to will go towards veterinary care. The Shelter racked up an impressive 55,000 dollar bill last year. The society is also saving up and raising funds for a new building as their current one is well over capacity. In fact, they can’t accept any more surrendered cats as there’s simply no room for them anymore.
Facebook
Twitter
ReddIt
WhatsApp
Email
- Advertisment -
- Advertisment -
- Advertisement -