Summer Crimes Down in Town of Bonnyville 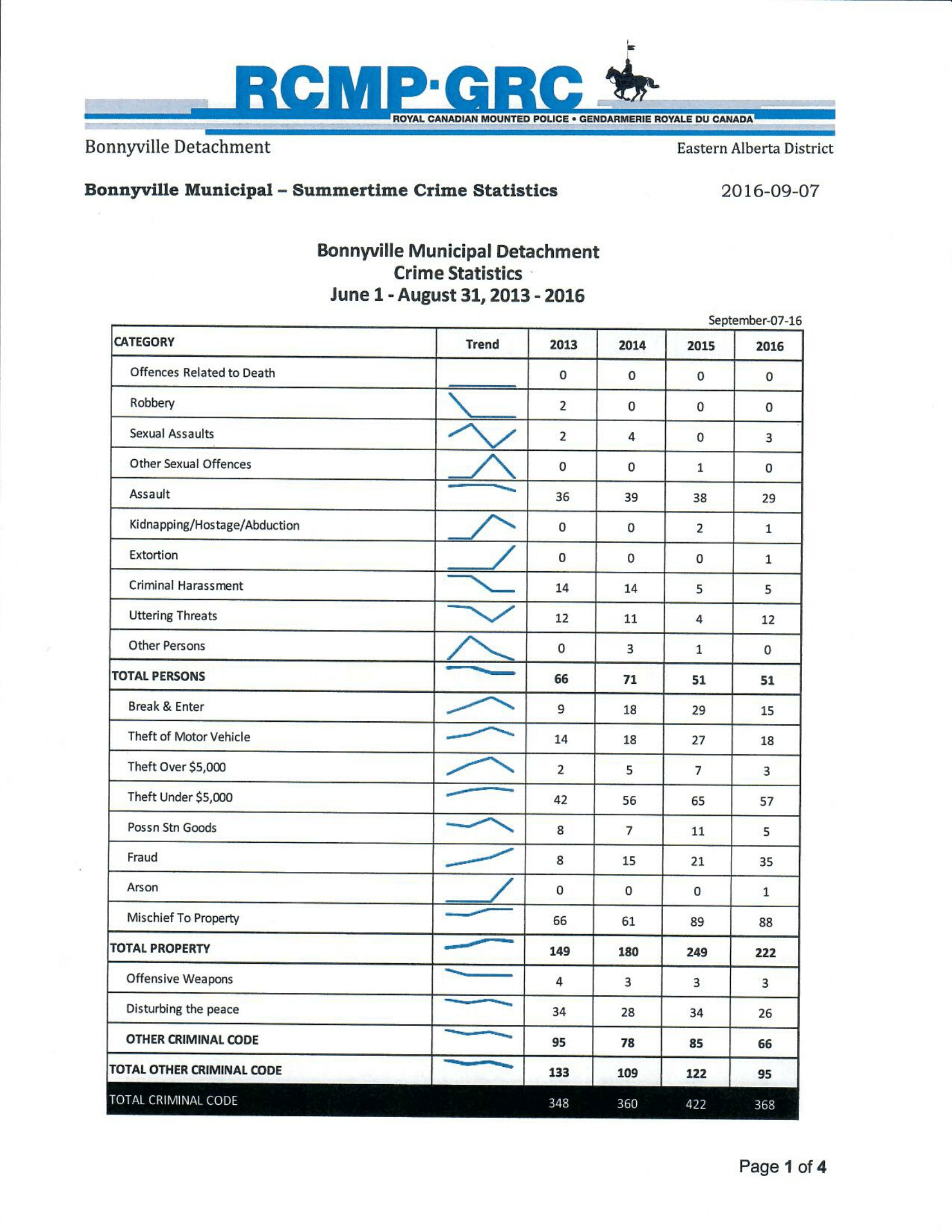 A new report suggests crime in the town of Bonnyville decreased over this summer compared to the previous one.

Between June and August of this year, Bonnyville RCMP reported 368 crimes committed in the town, compared with 422 the year before. Some highlights

The full report is available by clicking on the picture above.