Protection For the Unprotected Holds BBQ for Toy Run 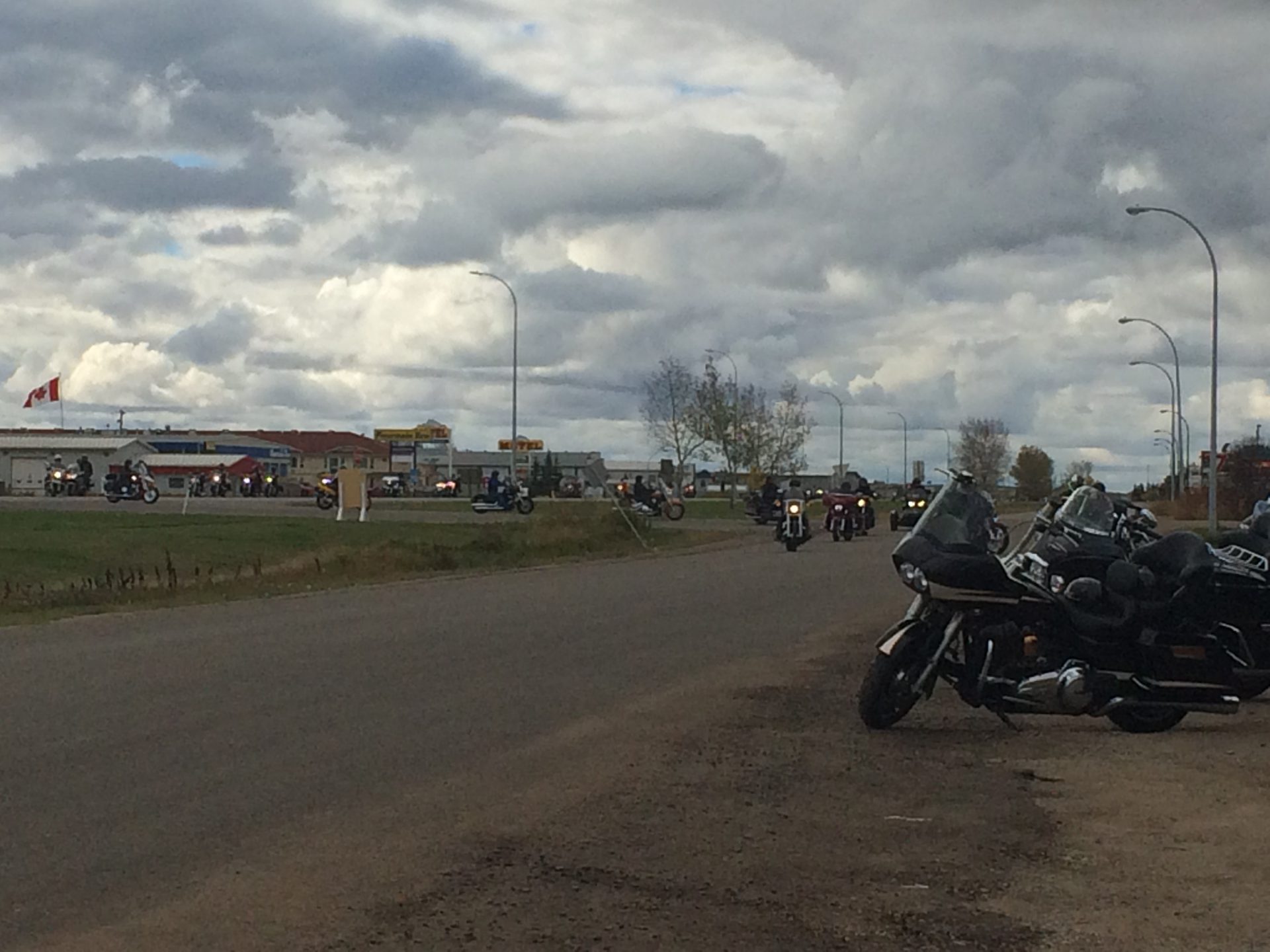 About 200 motorcyclists gathered near where the Wetlander used to be on Saturday as Protection For the Unprotected put on a barbecue for the Bordertown H.O.G Chapter on their sixth annual toy run.

The Chapter doesn’t have the official totals in yet, but says they made at least $55,000 for children’s charities and less fortunate families this year, bringing the six-year year total over the quarter million mark. While they’re primarily based out of Lloydminster, the charities they donate to help kids out across a wide area, from Bonnyville down to Wainwright and as far east as Saskatoon.

Over the weekend the group received a letter of thanks from Lloydminster Mayor Rob Saunders, recognizing their work in the community. “We are not looking for thanks or recognition, but it sure felt great to get some. Thank you !!” wrote Director Murray Getty in a Facebook post.

This is the first time the two organizations have worked together. Protection For the Unprotected is an advocate society for child victims of abuse that aims to connect them with the resources they need. “A lot of times children are scared to speak their minds and let anybody know about the abuse they are suffering,” explains president Trevor Smith. “And that’s what we are. We’re a voice for those that can’t be heard.”

You can read more about them at http://www.protectionfortheunprotected.com/