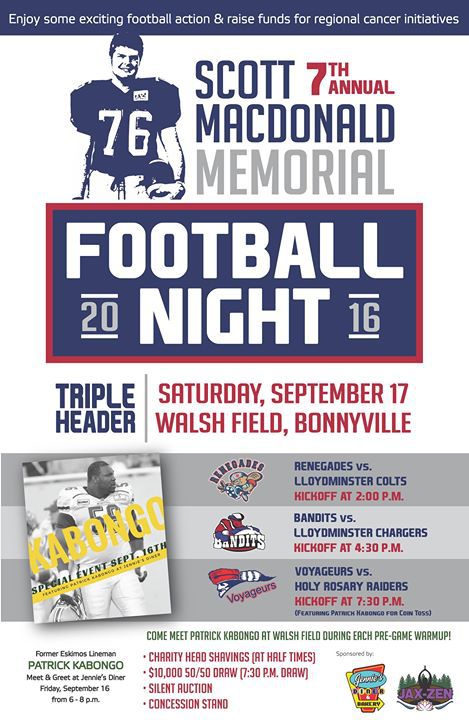 The annual triple-header is to raise funds for local cancer initiatives in honour of former player Scott MacDonald, who was taken by the disease at just 19-years-old in 2010.

All three Bonnyville football teams will play throughout the day. The Renegades will take on the Lloydminster Colts at 2, followed by the Bandits and Lloydminster Chargers at 4:30. Finally, the Voyageurs will face the Lloydminster Holy Rosary atm 7:30. Admission to all the games is free with donations being raised through concession sales, a 50/50 draw and a silent auction.

This year also features a special guest. Former Edmonton Eskimo and BC Lion Patrick Kabongo will be present for a meet and greet at Jenny’s Diner from 6 to 8 as well. He’ll also speak with each team during their pregame warmup.