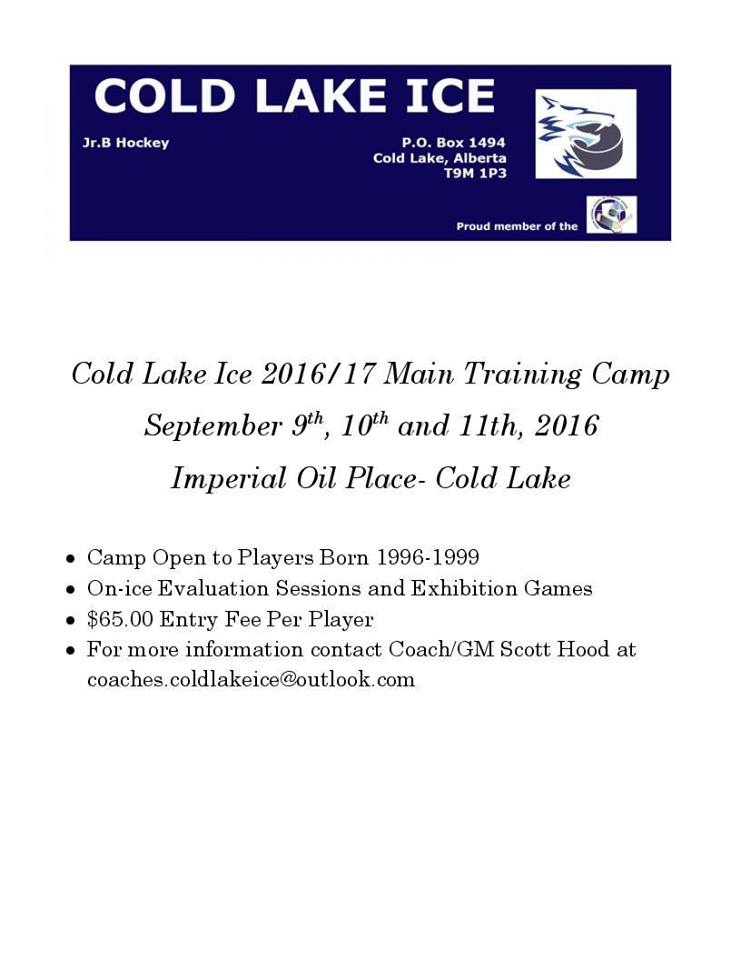 Another hockey season is about to start in the Lakeland and the Cold Lake Ice are looking for some fresh talent with a training camp this weekend.

The Junior B Team is looking players born between 1996 and 1999. The camp will be on from Friday to Sunday as a final squad is picked. First skate will be at 7. “We’re taking a look at everybody and hoping to get a good turnout,” says coach Scott Hood. “You can’t contact every kid. You don’t know who’s out there, so hopefully some people just show up and surprise us.”

The camp will be open to the public to watch. The team has about 22 people showing up so far and is hoping for a few more to drop by to set up an intra-squad game. Those that do make the team will be expected to attend two practices and or two games every week for the duration of the season. “We want the guys that want to be there all the time,” says Hood “We want to build a nice tight-knit group that enjoys being around each other and working hard.”

If enough people show up to schedule an intra-squad game, the team is looking at Sunday at 3 to hold it.