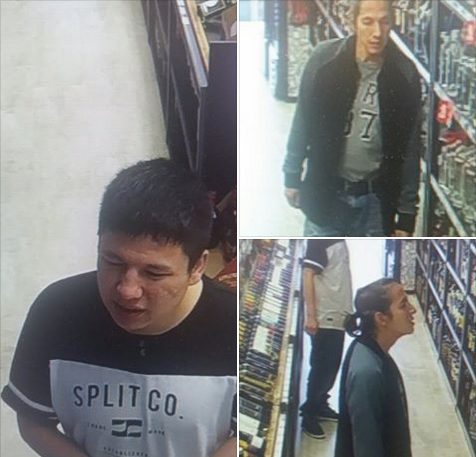 The Bonnyville 1AM Liquor Store has posted security camera footage of what they believe is a shoplifting incident on their Facebook page.

The time on the video is dated to this past Sunday shortly after four. It shows two young men in the store. One distracts the staff member while the other slips a bottle under his shirt. The store says they have filed a report with the RCMP. In addition to the video, the store has also posted several photos of the individuals  as well.