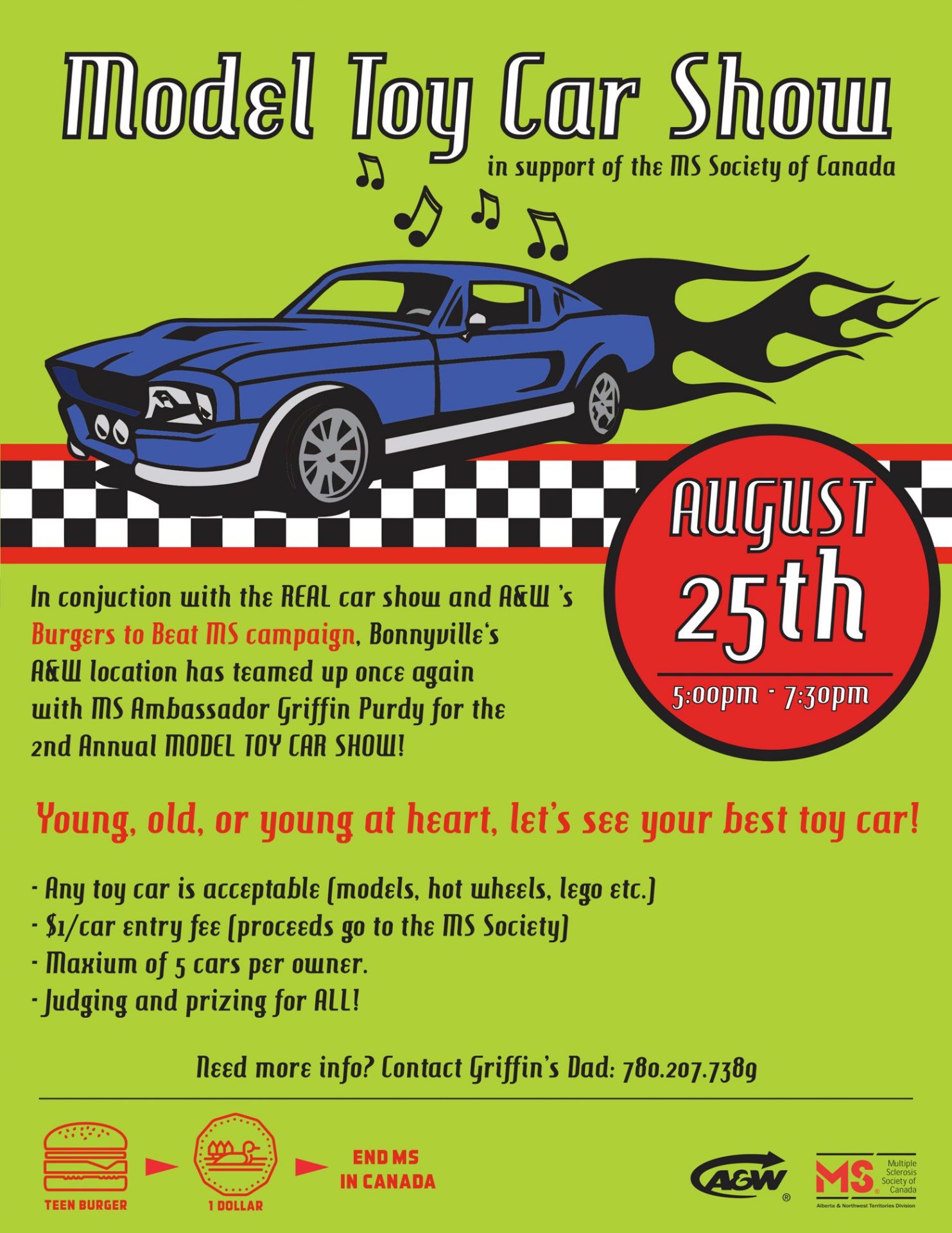 James Purdy – whose son Griffin organized the toy car show – says they got about seventy entries this year, about the same as the last. The show raised about 250 dollars for MS Canada. When he left around 7 the A&W had already sold about 600 burgers, a dollar of each going towards the organization.

The final numbers aren’t in yet, but should be soon.