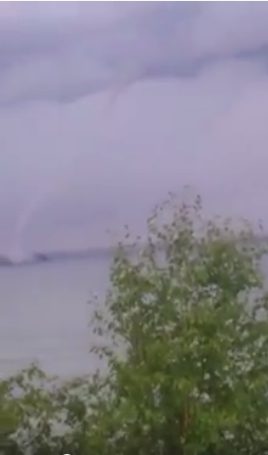 The cloud didn’t land and form a tornado, nor did it make its way onto land. Several videos were taken though. Such as this one. (Warning: Some nasty swear words)

The funnel cloud was only one part of an intense, low pressure weather system that passed through much of central Alberta. Eight blocks of Westlock’s industrial area were shut down due to flooding, with several businesses damaged.  Flooding was also reported in Drayton Valley, Onoway and Buck Lake.

Funnel clouds are uncommon in the Lakeland region, popping up more frequently in the Red Deer area.