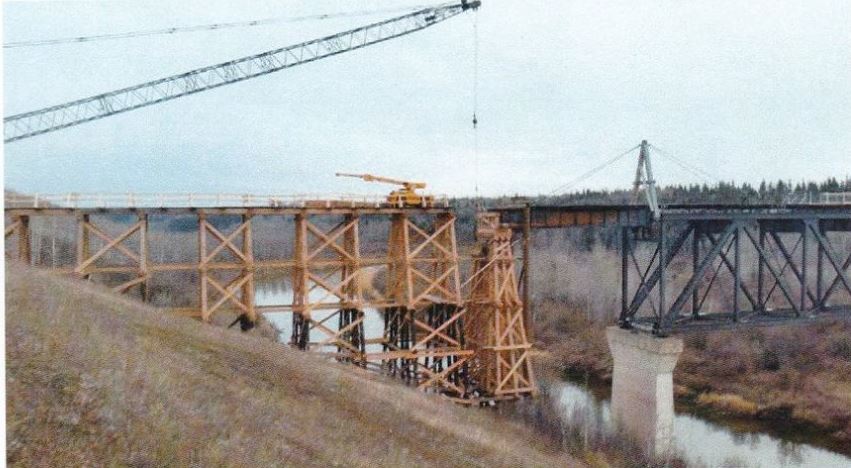 Almost exactly four years to the day it was partially burned down by arson, the new Beaver River Trestle was formally introduced at a grand opening ceremony this weekend.
After an afternoon of free barbecue and live music, the three MLAs whose territory the Iron Horse Trail goes through and Cold Lake mayor Craig Copeland gave speeches and participated in the ribbon cutting ceremony.

Turnout was very good. In addition to people from Bonnyville and Cold Lake, two separate groups of riders from Smokey Lake and Mallaig arrived as well. Many letters of support and congratulations from people unable to attend the opening but wanting to express their gratitude were received as well.