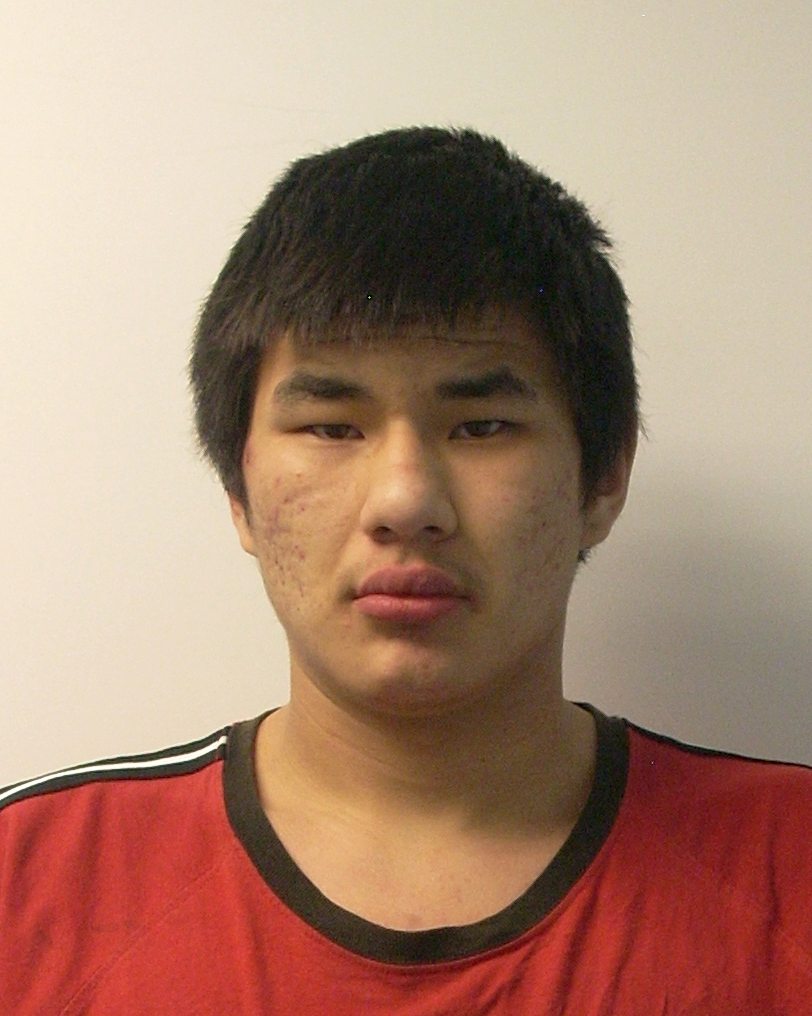 Two people have been arrested and another remains on the loose after ramming a stolen truck into a police car.

The incident occurred this past Friday when an RCMP officer was patrolling Kehewin, looking for a truck he had tried to pull over for speeding but had gotten away.

He eventually spotted the truck, but it turned around and rammed straight into his car. Fortunately, the officer was able to jump out in time before the collision. The truck got stuck in a field a few hundred metres down the road.

The truck was discovered to have been stolen from Glendon and was abandoned when the officer got there and a search of the area with multiple detachments was conducted. A male youth and 18-year-old woman were arrested, but 19-year-old Monte Rae Lajimodiere of Fishing Lake remains at large.  He faces six charges including the following:

Lajimodiere also has outstanding warrants out of RCMP Elk Point in an unrelated matter. Lajimodiere is described as follows:

The RCMP is advising the public that should anyone see Monte Rae Lajimodiere, they are not to approach him but call 911 immediately. Police are seeking the assistance of the public in locating Monte Lajimodiere and asks anyone who may have information on his whereabouts to please call the Bonnyville RCMP at (780) 826-3358. Should you wish to remain anonymous, you can contact Crime Stoppers by phone at 1.800.222.8477 (TIPS), by internet at www.tipsubmit.com, or by SMS (check your local Crime Stoppers [www.crimestoppers.ab.ca] for instructions). You do not have to reveal your identity to Crime Stoppers, and if you provide information to Crime Stoppers that leads to an arrest(s), the recovery of stolen property, and/or a seizure of illicit drugs, you may be eligible for a cash reward.