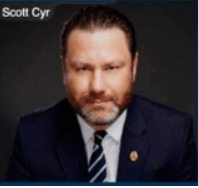 The results of the recount and follow-up analysis of eight disputed ballots were released right before the Christmas break.

The UCP Board was looking into a recount and the disapproved ballots where Cyr was leading David Hanson by two votes. This changed from the first count done in St. Paul where Cyr was only one vote ahead.

As the UCP Board reviewed the disputed ballots, Hanson was given two more votes and Cyr one. This took the final total to Cyr receiving 314 votes and Hanson receiving 313.

The winner was announced after eleven-days after the polls closed.