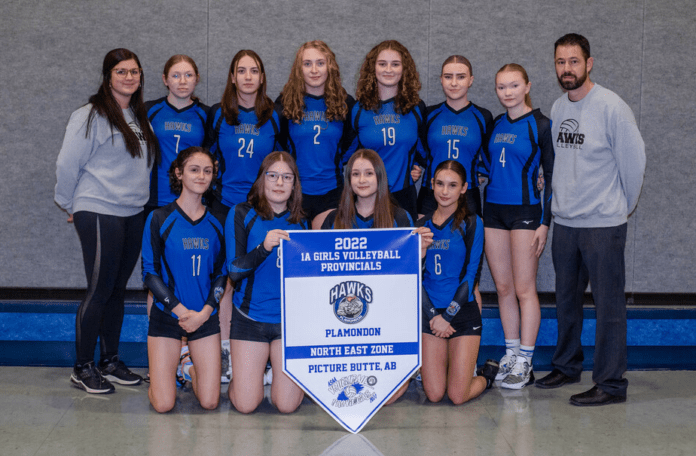 Ecole Plamondon School senior boys and senior girls volleyball teams have been chosen as the recipients of the ASAA Sportsmanship Banner  for 1A Girls and 1A Boys Volleyball.

The Northern Lights Public Schools Board of Trustees would like to congratulate the teams for their great work at the 2022 2A Volleyball Provincial Championships.

“We were thrilled with both teams’ performances at provincials and we are enormously proud that they are both being honoured for their respectful actions on and off the court,” said Board Chair Karen Packard. “This is indicative of the value that the players, coaches, school, parents and community place on developing athletes that are also kind, caring citizens.” 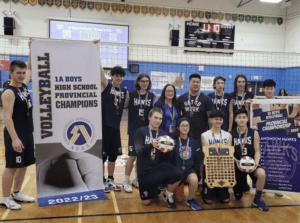 The boys won the Provincial Championship while the girls’ team finished in fourth place at provincials in November.

Both teams were selected for the Sportsmanship banners by the provincial host committees. The committees said the players showed a high level of respect for each other, their coaches, their opponents, and game officials, and the support shown to other teams at the tournaments.

Both teams will be given ASAA Sportsmanship Provincial Banners to hang in the school’s gym.