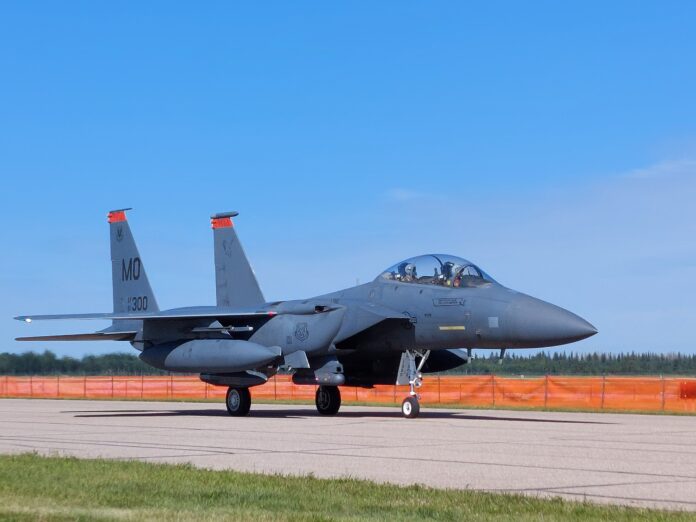 A sonic boom was heard above Cold Lake today at approximately 11:36 a.m. but Captain Rachel Brosseau, 4 Wing Public Affairs Officer assures the public there is nothing to worry about.

The loud sound came from a CF-18 Hornet from 4 Wing Cold Lake as it was conducting essential training in the Cold Lake Air Weapons Range. The jet was within restricted airspace which resulted in a sonic boom.

“There are times such as today when atmospheric conditions cause the sonic boom to travel longer distances than normal.”

The CF-18 was approved for supersonic flight.