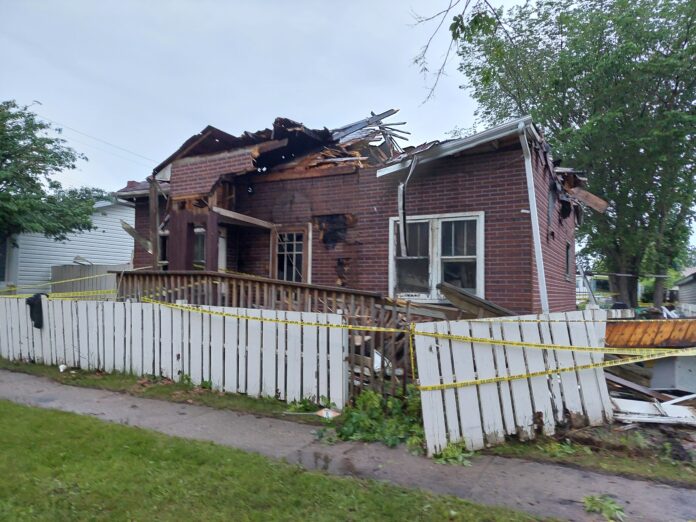 Bonnyville Regional Fire Authority was busy yesterday as they were called to two fires in the Bonnyville area.

The first fire saw a fire crew respond to a house fire in the 5100 block of 52 Avenue just after 1:00 P.M. BRFA received help from Station 3 Glendon about 20 minutes later. 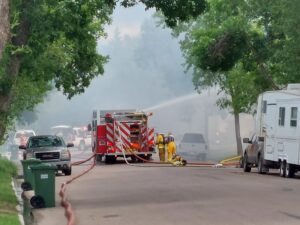 The owner of the residence was not home when the fire crew arrived on the scene.

No one was hurt in the blaze and the investigation is still ongoing with no indication of what started the fire.

Another fire was reported and both Station 7 Fort Kent and Station 8 Ardmore responded at 1:20 P.M. A crew from Station 3 Glendon responded to assist as well.

Two buildings were completely lost in the battle but luckily no one was harmed, The cause of the fire is unknown but the investigation is ongoing.

Regional Fire Chief Dan Heney says when firefighters start doing their job they generally attract an audience but ask to please stay out of the way.

“It’s like moths to a light, people want to watch us work because it’s so unique to us. No one sees what we do but for us, it interests people.”

Heney says you are allowed to watch, but asks the public to pick a spot where smoke isn’t. He says the smoke can cause serious health risks and advises the public to be aware when watching them work.

Back to School Mental Health Checklist

Larissa Langevin is the new Assistant Principal of Glendon School