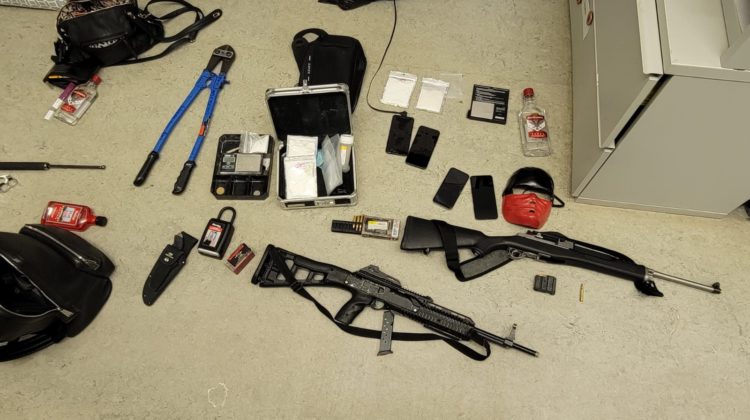 Three people have been arrested as they were found in possession of firearms, illegal drugs, and other criminal paraphernalia.

The vehicle was stopped by a Bonnyville RCMP member who asked the driver for her driver’s license and that is when the officer observed the butt end of a firearm.

The driver was immediately arrested and a female passenger was detained as well. After searching the vehicle, a man was found hiding in the back seat and he too was arrested. When asked the man proceeded to lie about his identity.

The male was also charged with 3 counts of Failing to Comply with a previous Release Condition, Identity Fraud, Obstruction, and two Counts under the Gaming & Liquor Regulation.

The male was remanded in custody until his court date on January 18th  while both females were released by a Justice of the Peace on a Promise to Pay $2000 if they fail to attend court.  Their first appearance is scheduled for January 25th.