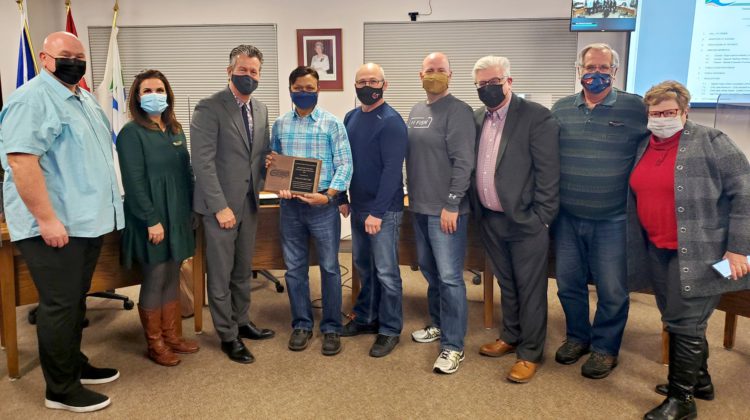 Cold Lake has been selected as the winner of the 2021 National Public Works Week Award in the category of municipalities with populations under 25,000.

The city was presented with the award at the November 23 City Council meeting.

National Public Works Week is held each May to recognize and bring awareness to the important work done by the professionals who provide services and maintain infrastructure to deliver important services to residents.

“The reviewers who review the entries are from all across Canada and they were just so impressed with the City of Cold Lake and all of the great things you did to think outside the box during the pandemic to celebrate Public Works. We commend all of your City staff who knocked it out of the park to make this week such a great success.” 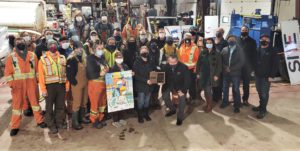 Between May 16-22, 2021, the city held multiple events including a Public Works Week flag-raising ceremony at City Hall with events to encourage the community to recognize and learn about Public Works.

Some events the reviews notes of include:

This is not the first time the city of Cold Lake received the National Public Works Week award as the city was the recipient in 2016 and 2017.

The Mayor of Cold Lake Craig Copeland says he is so proud of the professional men and women who make up the City of Cold Lake’s public works departments.

“We sometimes take the important work they do for granted, but without them, the streets wouldn’t get plowed, the buses would not run, and there would be no safe drinking water when you turn on the tap. We thank you for what you do, and congratulations on this well-deserved award.”