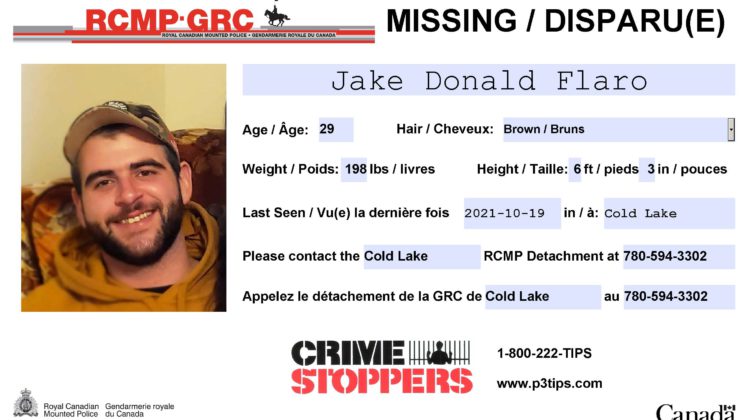 Upate: Jake Donald Flaro has been located safe and well.

He was reported missing on the 19th of September and was last seen leaving his residence a day later.

Jake Donald Flaro is described as:

Police are asking anyone with information regarding his disappearance or any incident involving Jake Donald Flaro’s whereabouts to please contact Cold Lake RCMP at 780-594-3302 or your local officials.