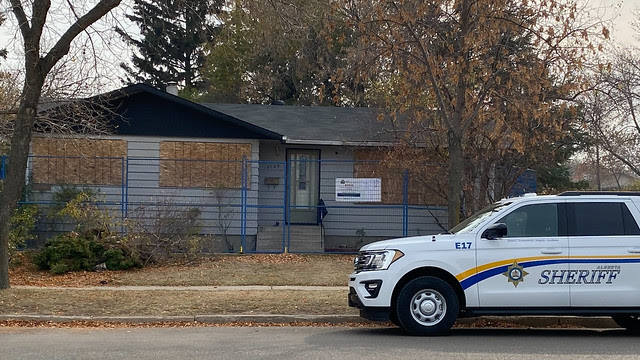 The Safer Communities and Neighbourhoods (SCAN) has obtained a court order to close 5729 50 Street in Lloydminster and forbid anyone from entering until mid-December.

The order took effect yesterday as investigators got permission to lock down the house. They put a fence around the premise, boarded up the property, and changed the locks.

The SCAN unit began its investigation after the community filed multiple complaints. Needles have been found around the neighbourhood, citizens saw assaults spilling into the streets and the constant traffic surrounded the house obscured peoples routes.

Kaycee Madu Minister of Justice and Solicitor General says  “Law-abiding Albertans shouldn’t be afraid to walk on their street or enjoy a day in the park because of drugs or gang activity. The diligent work of our Alberta Sheriffs has helped residents of this community reclaim those spaces and feel safe in their own neighbourhoods again.”

Over 100 incidents including drug activity have been linked back to the property since the beginning of 2020.

After SCAN investigator’s initial warning letter was ignored,  SCAN applied for a community safety order and obtained judicial approval in the Court of Queen’s Bench on Sept. 20.

The court order forbids anyone from entering until December 16.