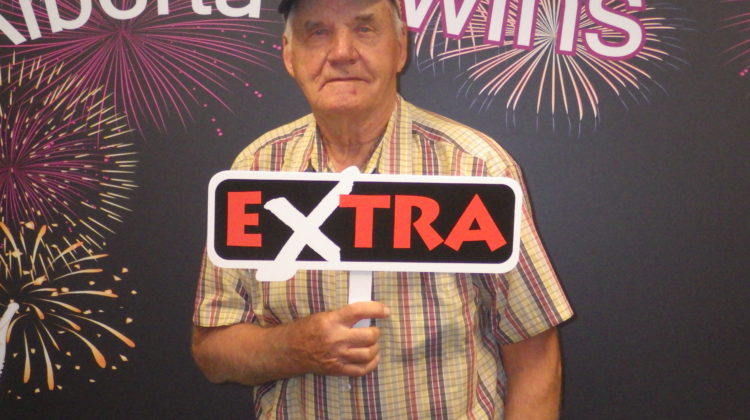 Peter Shymchuk says he was surprised when he checked his LOTTO 6/49 ticket and discovered he won $250,000 on the July 14 EXTRA draw.

“I didn’t believe it at first,” he said while claiming his prize. “I gave it to the store clerk to check and started feeling really nervous.”

The Iron River local said he has one plan for his windfall: helping his family.

“I’m going to give the majority of the money to my grandchildren to help them pay for school,” he said.

Shymchuk purchased his winning ticket at Tellier Guardian Pharmacy, located on 50th Avenue in Bonnyville. He won his prize by matching all seven digits of the EXTRA number drawn on July 14 – 2827957.