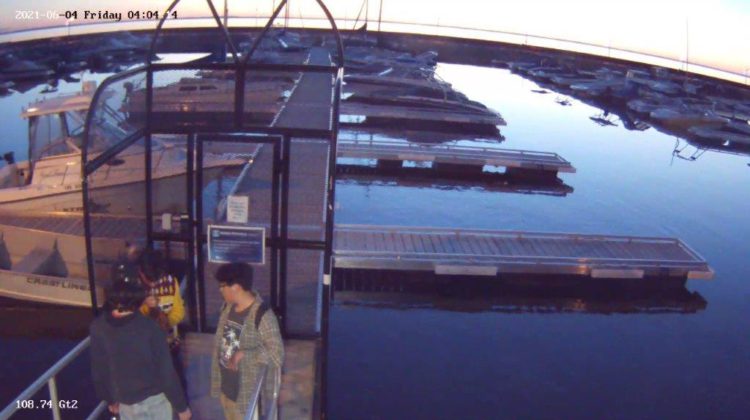 Mounties in Cold Lake are looking to ID three people they say broke into the Marina and caused damage to a boat.

The RCMP says on the early morning hours back on June 4th video surveillance showed the three youths damaging the boat, which was docked overnight.

Mounties say anyone who knows the identities of the people in some newly released pictures can call the Cold Lake RCMP at 780-594-3301 or Crime Stoppers.