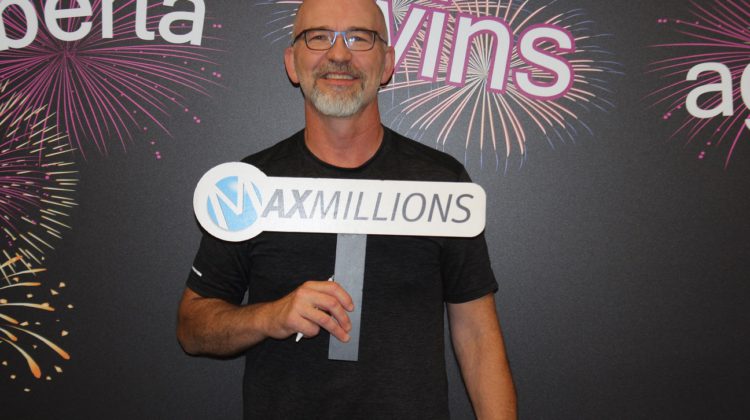 Brian Hayes couldn’t believe his eyes when he checked his LOTTO MAX ticket and discovered he’d won $1 million on the June 22 draw.

“I checked my ticket using the Lotto Spot! app,” he said. “I wasn’t sure I was seeing things right, so I checked it a few more times.”

“It was hard to believe!” he continued. “It took a little while to sink in… honestly, even now, I’m not sure that it’s completely sunk in,” he added with a laugh.

The happy winner said he hasn’t made plans for his winnings yet, but has a couple of ideas for the near-future.

“I think I’m going to share some of the money with my friends and family,” he said. “I might buy myself a new vehicle at some point too.”

From an AGLC Press Release