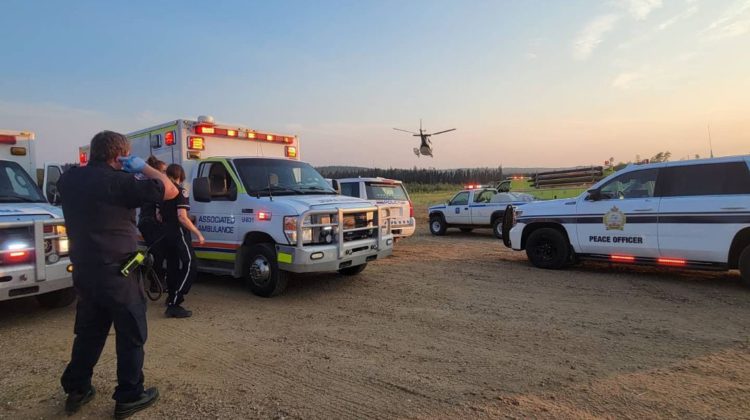 The county says on July 15th nine people were injured at kilometre marker 102 of the highway while fighting an out-of-control wildfire. Emergency crews including some from Plamondon and Fort McMurray responded as well as an air ambulance. Two people were treated on scene while several others required a trip to the hospital.

Meanwhile on July 17th crews were back on the highway near kilometre marker 92 after a semi-truck moving flammable material caught fire. Emergency crews again arrived on scene and say they were able to get the fire back under control.

“Emergency services must work together to provide a high level of care and protection to the public. We want to thank all of our partner agencies, who at a moment’s notice responded to these two incidents and worked as a team to achieve these excellent outcomes,” said the county.