The RCMP in Lac La Biche is looking for help finding a man wanted after an incident saw gunfire in the community.

On April 19th at around 10:47 p.m. Lac La Biche RCMP say received a complaint of gunshots and a disturbance in the area of 98th Avenue and 99th Street.

Officers headed to the area and say they learned that a suspect was causing a disturbance and had allegedly fired a small calibre firearm into the air before leaving the area on foot.

Mounties say they have obtained an arrest warrant for 24-year-old Tristan Bradley Campbell of Beaver Lake. Campbell now faces charges including careless use of a firearm.

Tristan Bradley Campbell is described as:

Anyone with information on his whereabouts is asked to call the local police or Crime Stoppers. Mounties are saying not to approach Campbell as he is considered armed and dangerous. 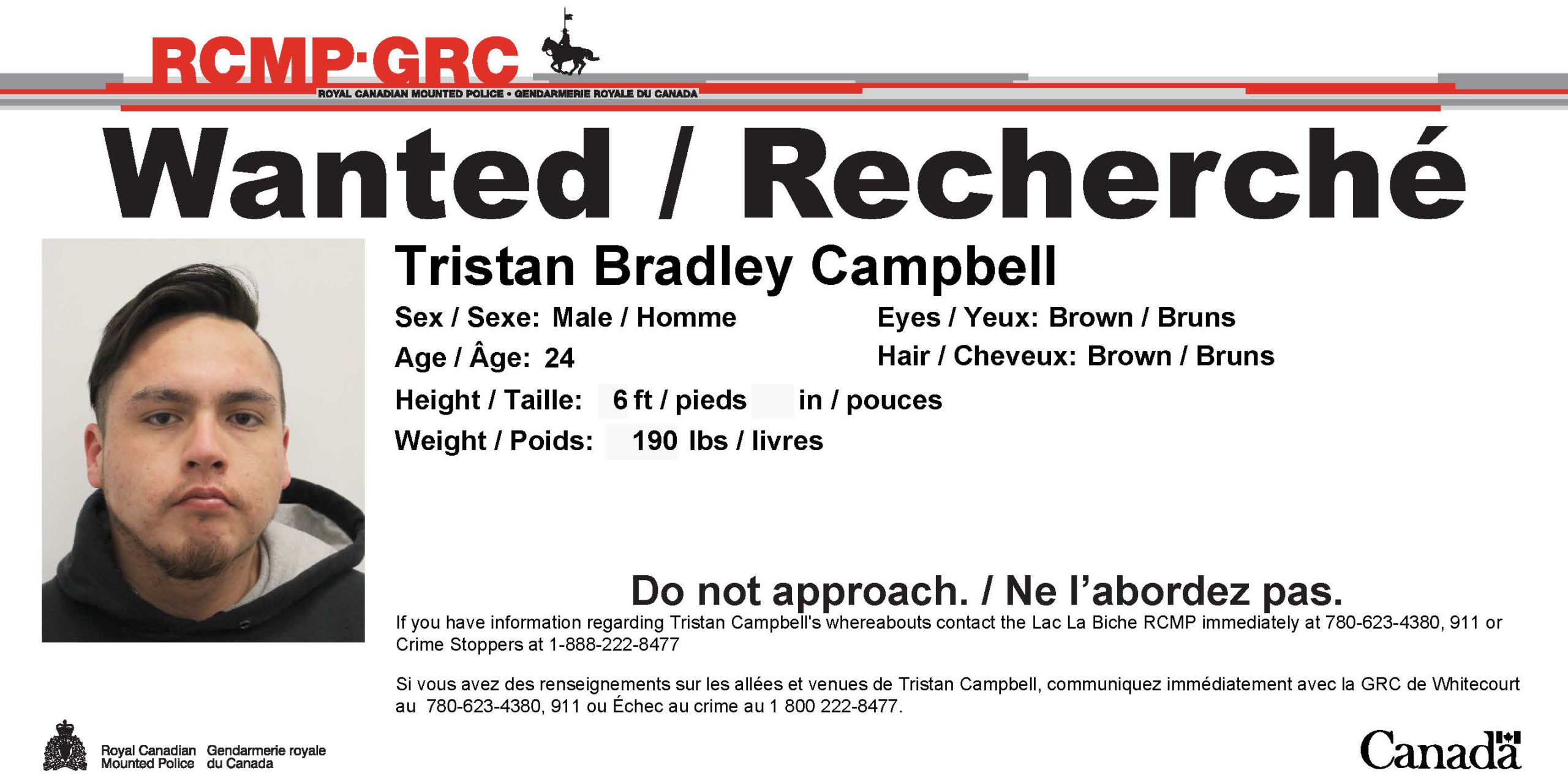